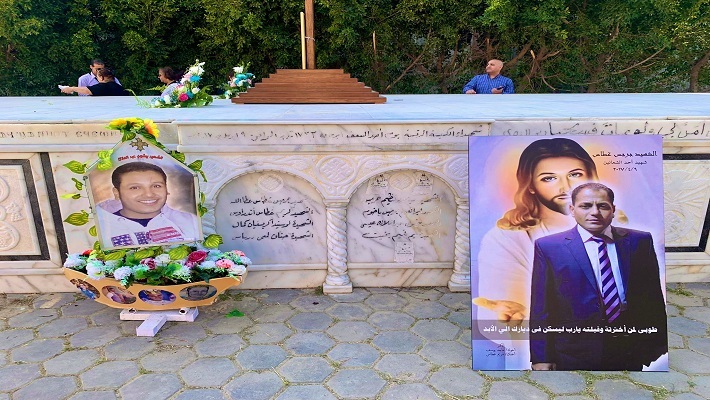 ALEXANDRIA, MAY 20, 2022 (CISA)-Nehru Tawfiq aged 60 has been convicted for the murder of a Coptic-Orthodox Priest Fr Arsanios Wadid, aged 56 on the evening of April 7.

The Wednesday, May 18 ruling by the Alexandria Criminal Court, which convicted Tawfiq to the death penalty awaits approval and review by the Grand Mufi Shawky Allam, Egypt’s top Muslim theologian, a routine procedure required in cases of capital punishment.

“The court decided to refer the case of Nehru Abdel Monaim Tawfiq to his eminence the Mufti to solicit his Sharia-based view on executing him,” presiding judge Waheed Sabry said at the end of the hearing.

The court on the first hearing of the case heard witnesses for the prosecution and testimony by two police officers who said the crime was an isolated incident and did not appear to be premeditated.

Following the hearing and the psychological report presented in court that declared the suspect “responsible for his actions” the prosecution insisted the case be treated as premeditated murder, which is punishable by hanging.

According to the prosecution, Tawfiq “followed the devil’s path when he joined the extremist Gamaa Islamiyah group, which surfaced in the 1980s and was a key player in an anti-government insurgency in the 1990s that included assassinations and attacks against tourists and security forces.”

The verdict by the Grand Mufti is due June 11.

Fr Wadid was stabbed while accompanying young people from his parish on the cornice of Alexandria. According to records in court, he succumbed to injuries in hospital.

“The Church praises this blessed priest who consecrated his life to God and gave his life to him today in martyrdom,” reads a statement by the Coptic-Orthodox Church.

Also commenting on the murder, Imam Al-Tayyeb, Grand Imam of Al Azhar said “The murder of a soul is considered one of the main sins of Islam, which brings the wrath and punishment of God.” The Muslim religious leader also questioned the risk that this murder and other similar incidents pave the way for “religious wars” between the peoples of the nation.

Father Arsanios Wadid (2022), was laid to rest alongside the martyrs of Alexandria’s Palm Sunday bombing (2017), meters away from the new Church constructed for the martyrs of al-Qidiseen (2011) in St. Mina’s monastery.