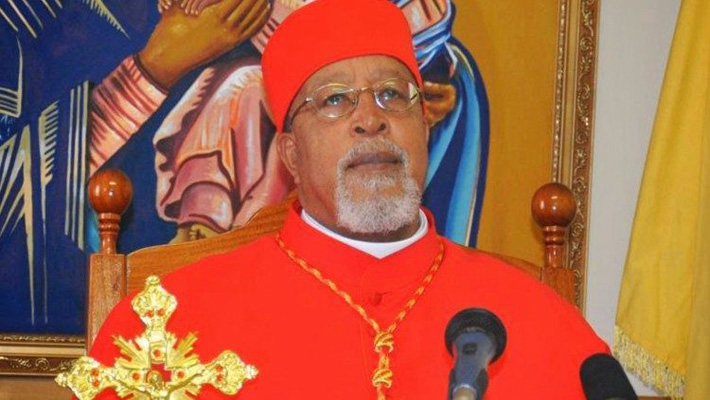 The delegation including Bishop Musie Ghebereghiorghis of Emdibir, and Fr AbbaTeshome Fikre the Secretary General of the Bishops’ Conference of Ethiopia had been invited to the February 24 event by Archbishop Abune Menghistab Tesfamariam of Asmara but were stopped at Asmara Airport where they spent the night and returned to Ethiopia the following day.

According to a February 27 statement signed by Abba Gabriel Wolderhanna OFMCap, the Deputy Secretary General and Coordinator of Pastoral Commission for the CBCE, the delegation had gone through all the requirements of the airport and had been issued with on arrival Visas for one month when the airport security officials approached them and told them that Higher Authority forbade them the entrance to Eritrea.

“While they were expecting the final check out from the Airport to meet the official welcome organized by the Eritrean Church leaders and the faithful, when the airport security officials approached them and told them that Higher Authority forbade them the entrance to Eritrea,” reads the statement.

A July 2018 peace agreement between Ethiopia and Eritrea, which ended a conflict over their mutual border, led to an open border which has allowed for easier emigration.

The Ethiopian Catholic Secretariat expressed disappointment at Asmara airport incident, affirming that lasting peace between Eritrea and Ethiopia is always in the prayers of the Church in Ethiopia.

“While the Ethiopian Catholic Church appreciates the peace negotiations reached between our two sister Countries and is always her constant prayers for lasting peace, finds herself unfortunate not being allowed to enjoy herself and feels sad for the incident,” the statement reads.

Hostility against the Church in Eritrea was also witnessed in 2019 when the government ordered the Catholic Church to hand over to the state all the health centers under its management.

Berhaneyesus Cardinal Souraphiel is the former Chairman of the Association of Member Episcopal Conferences of Eastern Africa (AMECEA).

The Eritrean government has until the publishing of the statement not commented on the incident.