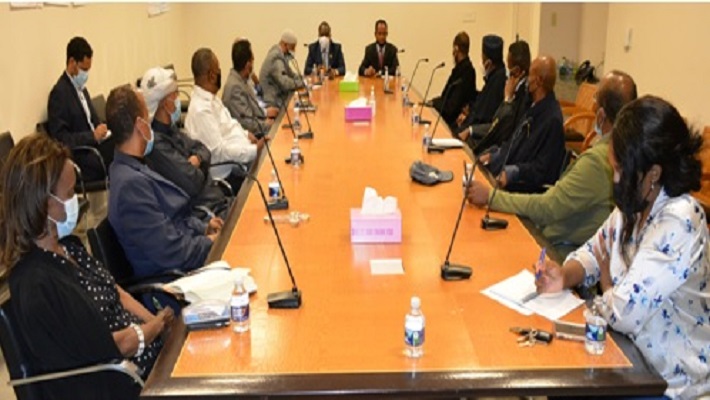 WASHINGTON, DECEMBER 3, 2021 (CISA) – “We, leaders of the Tigray Diaspora Inter-Religious Council (TDIRC), would like to draw your attention to the plights of the people of Tigray who have been enduring unimaginable atrocities in the hands of the Ethiopian army and its war partners: The Eritrean armed Forces, the Arab Emirates (with drones), Amhara regional forces and other actors for the past 12 months,” reads a letter dated December 1, signed by Rev Tekeste Araya, Board Chairman TDIRC.

TDIRC  reports that the atrocities committed by the Ethiopian government and its allies include ” mass killings of reported 150,000 civilians, gruesome and degrading rape of 52,000 women and underage girls, eviction and displacement of 2.2 million from their settlements, deliberate starvation of 6.3 million Tigrayan…” reads in part the letter.

The council accuses the leaders of various religious institutions in Ethiopia of deliberately choosing “to keep silent or openly supporting the war that targeted civilians.”

“This has encouraged the Ethiopian government officials and some religious leaders to continue inciting genocidal media rhetoric,” TDIRC said.

“With the war intensifying and pushing southwards, on 4 November 2021 the Ethiopian government declared a state of emergency allowing security forces supported by vigilante groups to detain anyone without a warrant and judicial review which has been directed at mass arrest of civilian Tigrayan…” adds TDIRC.

TDIRC requests the Pope to make a moral public demand to the Ethiopian government and its allies to: “stop ethnic profiling, harassment, discrimination and mass detentions in all parts of Ethiopia and release all ethnic Tigrayans and other Ethiopians who are illegally detained; cease the indiscriminate killings of civilians that are being carried out by the Ethiopian air force, the Eritrean army, and forces of the regional state particularly in Western Tigray.”

And to “stop creating concentration camp-like facilities and preparing defenseless Tigrayan civilians for genocidal attack, abuses, and holding them as hostages; ban hate speeches, ethnic profiling, demonizing, and media campaigns targeting Tigrayans by government officials, some activists, and allied media outlets; and stop using humanitarian aid as a weapon of war; allow unfettered humanitarian access to the people of Tigray without any delay and, resume basic services including electricity, banking, ground and air transport.”