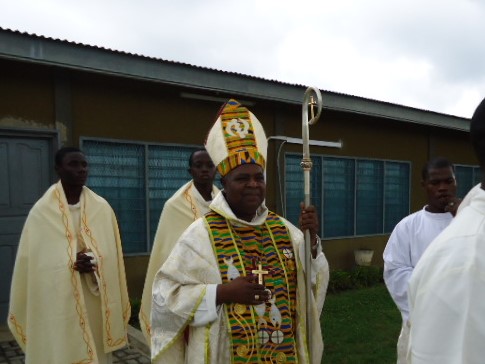 YENDI SEPTEMBER 19, 2017(CISA) – Bishop Vincent Sowah Boi-Nai of the Catholic Diocese of Yendi has called on the government to be open to genuine criticism, accept their mistakes and make the necessary efforts towards nation building.

“I appeal to the political leaders to be open to genuine corrections in their day to day running of the government and in the pilgrimage towards the Kingdom of God and this should be done in the spirit of love, humanity and sincerity,” said Bishop Boi-Nai.

In his homily at the Cathedral of Our Lady of Lourdes in Yendi September 17, the bishop called on the political leaders to be united in their efforts to defend the democratic dispensation despite their political differences.

“The leaders should be reminded of the warning of Prophet Ezekiel who warned his contemporaries that if they failed to correct their fellow brothers and sisters when they do wrong they become guilty of the person’s sin,” Ghana News Agency quoted the bishop as saying.

He added that “correcting someone is not necessarily meant to bring the fellow down instead it is to help the person to turn away from their evil ways and be converted to the Lord.”