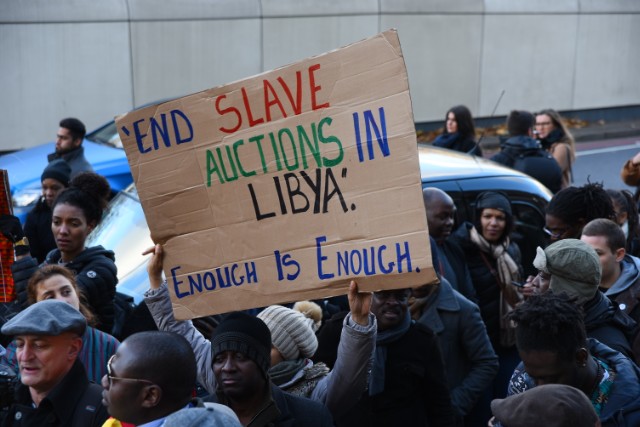 ACCRA, DECEMBER 5, 2017(CISA) – “I beg you my sons and daughters please do not let anybody deceive you, you have seen it with your own naked eyes the sufferings your brothers are going through in the desert, being eaten up by wild animals, pirates and drowning in the Mediterranean,” Archbishop Charles Gabriel Palmer-Buckle has told  the youth

Speaking on the sale of African youth as slaves in Libya, the archbishop pf Accra discouraged the youth from engaging in perilous journeys outside the country in search of greener pastures.

He emphasized that the thought of the existence of greener pastures only in foreign countries is a mirage, hence the need for the youth to concentrate on personal development and growth in the country.

“I am pleading with Ghanaians, the greener pastures are here in Ghana, God has given us such a blessed country called Ghana, although there are challenges, you are the one who can make it greener, there is no greener pasture anywhere, not in Europe, America, Asia and nowhere else except where God in his own infinite wisdom has planted you,” said Archbishop Palmer-Buckle.

Archbishop Palmer-Buckle urged the youth to work hard to contribute their quota to the development of Ghana.

On December 1 a video footage of men appearing to be sold at auction in Libya for $400 shocked the world and focused international attention on the exploitation of migrants and refugees the North African country.

The footage and subsequent investigation by CNN last month has rallied European and African leaders to take action to stop the abuses.

On Wednesday, the leaders of Libya, France, Germany,Chad and Niger and four other countries agreed on a plan to evacuate thousands of migrants stuck in Libyan detention camps.