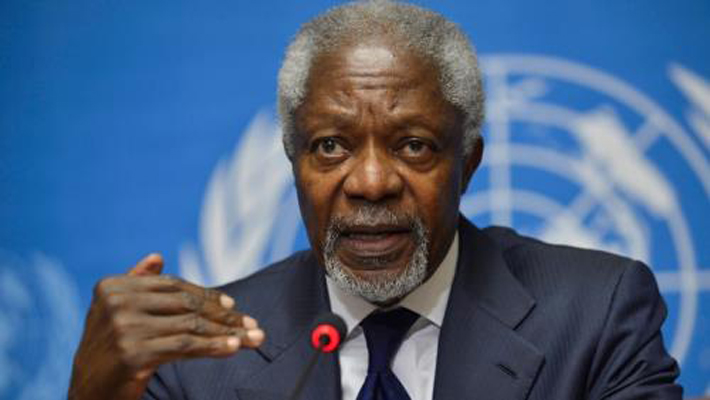 While eulogizing him, the current UN General Secretary Antonio Guterres, referred to Koffi as, “An exceptional global leader who was dignified, courageous, and a man of integrity, dynamism and dedication,” and urged the world to keep his legacy alive.

“As we face the headwinds of our troubled and turbulent times, let us always be inspired by the legacy of Koffi Annan…our world needs it more than ever,” he added.

The president of Ghana, Nana Akufo-Addo eulogized him as a peace maker, who promoted virtue where there was evil.

“The outpouring of tributes from the world over is an accurate measure of the man, a man who gave his life to making peace where there was conflict, to defending the voiceless who were powerless, to promoting virtue where there was evil,” he said.

He was the second from Africa to lead the United Nations from 1997-2006, and was awarded the Nobel Peace prize in 2001, for having revitalized the UN, for championing human rights, for his commitment to the struggle to contain the spreading of HIV in Africa, and efforts against international terrorism.

The funeral was attended by representatives of the African Union (AU) Ecowas, sitting UN Secretary General Antonio Guterres, and a score of presidents, and world leaders from Africa and beyond.

In Kenya Koffi Annan will be remembered for brokering a peace deal between former president Mwai Kibaki and Former Prime Minister Raila Odinga that saw a power-sharing agreement that ended the 2007/08 Post Election Violence.