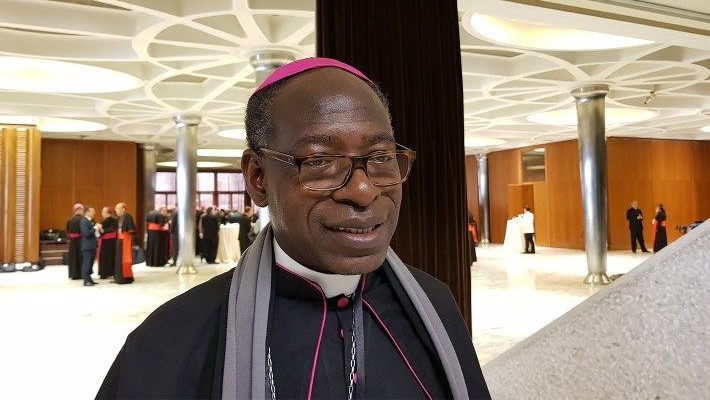 “I would like to take up this same message to ask all Ivorians to open their hearts to dialogue and concertation, because the Ivory Coast has been a country of dialogue,” Bishop Dogbo said as reported by Vatican News.

Speaking during Sunday Angelus, Pope Francis expressed his closeness to Ivory Coast encouraging political actors to “re-establish a climate of mutual trust and dialogue” in order to bring out solutions that protect and promote the common good.

Tensions in the country began when the Ivorian Constitutional Council declared that the incumbent President Alassane Ouattara had won his bid for a third term in office on September 14. The announcement led to protests that claimed the lives of at least sixteen people and massive damages to businesses and properties.

“For the time being, the situation seems a little calm,” said Bishop Dogbo. This is after President Ouattara met with the opposition leader, Henri Konan Bedie to start a dialogue.

Every year on November 15, Ivory Coast marks its Day for peace where diocesan executive secretaries meet with the national secretary and president of the Justice and Peace Commission.

Due to the situation of the conflict the celebration was modified to be observed at the diocesan level. This according to Bishop Dogbo was an opportunity to sensitize the people to peace through reconciliation.

The United Nations estimates about 8,000 Ivorian citizens have fled the country to neighboring Liberia, Ghana, Guinea and Togo.