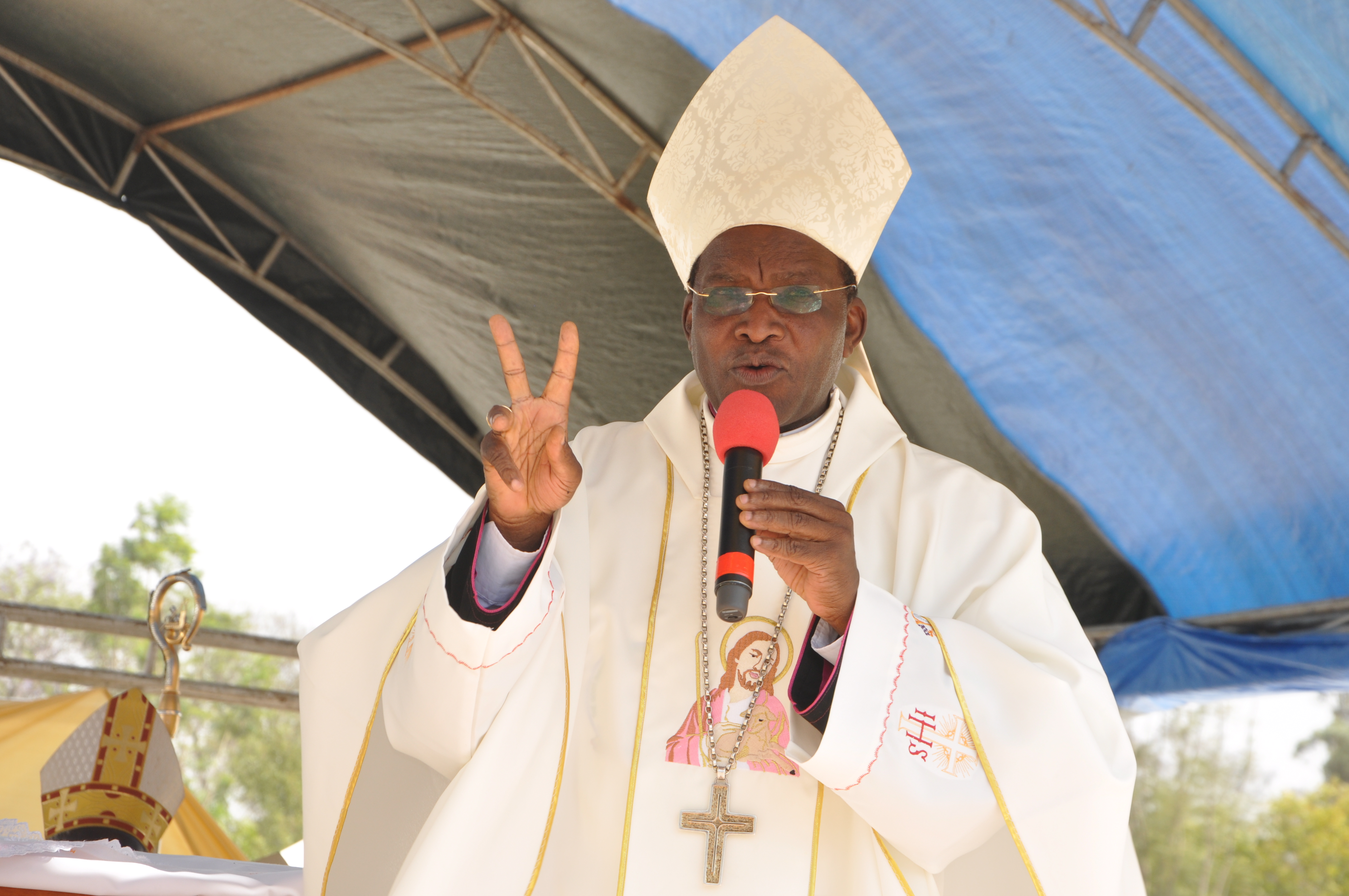 NAIROBI JANUARY 16, 2018(CISA)-Archbishop Martin Kivuva, Vice chairman of the Kenya Conference of Catholic Bishops(KCCB) Catholic Justice and Peace Commission has called on the opposition and the ruling party to initiate dialogue to bring the nation together.

“Time for politics is over now. Both the ruling party and opposition should focus their energies on bringing the country together after the divisive electioneering period,” Archbishop Kivuva told CISA today.

He called on Kenyans to start dialogue with each other order to bring the country together instead of leaving the whole task with their leaders.

“You should reach out to each other for a constructive dialogue to ensure peace and unity. The problem we have in this country did not begin yesterday we need to sit down and agree to reconcile and forge ahead united,” said Archbishop Kivuva of the Catholic Archdiocese of Mombasa.

“The way to unlock the political uncertainty is for the leaders across political divide is to talk to each other,” he added.

He noted that the church in Kenya is prepared to promote reconciliation in the country through the Lenten campaign this year on the theme “Reconciliation, Dialogue, Peace and Justice for all.”

The Kenya Conference of Catholic Bishops will launch the National Lenten Campaign 2018 in Kisumu County in the Catholic Archdiocese of Kisumu on February 10.