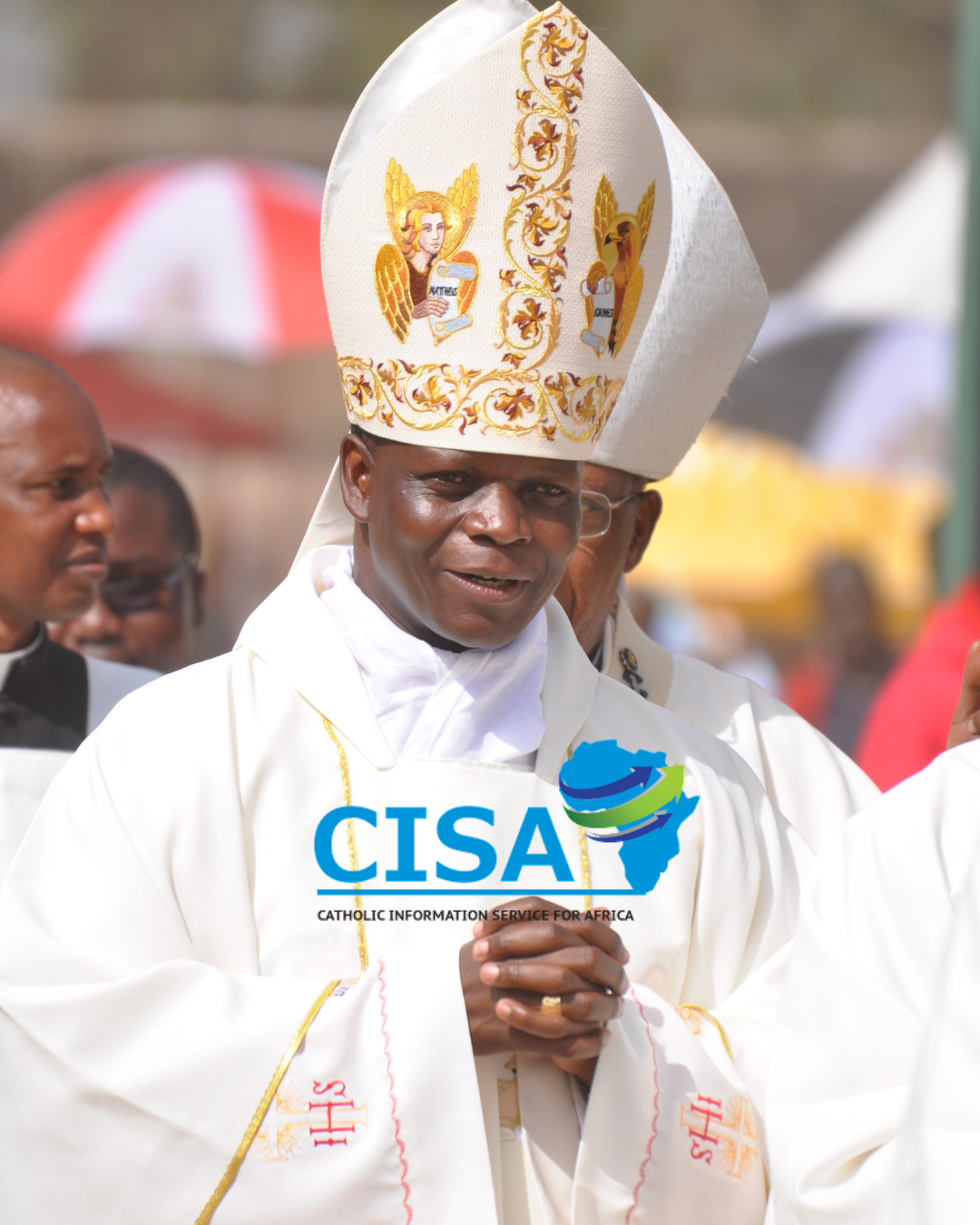 KISUMU, NOVEMBER 1, 2022 (CISA) – Most Rev Maurice Muhatia Makumba of the Catholic Archdiocese of Kisumu and vice chairperson of the Kenya Conference of Catholic Bishops (KCCB) is in stable condition after surviving a harrowing accident that took place at Govole along the Kisumu-Kakamega highway at the Anjelika roadblock in Vihiga County, on November 1.

Archbishop Muhatia who was travelling from Kisumu to attend an event at St. Matthias Mulumba Senior Seminary, Tindinyo, Nandi County, alongside his driver was caught up in the morning accident in which eyewitnesses said a lorry driver had a break failure and rammed into about seven vehicles that had slowed down at a police roadblock.

Most vehicles were reported to have extensive damages while several occupants were pulled out with serious injuries and rushed to nearby health facilities. At the time of writing this report, there were no casualties reported.

According to Fr Samuel Nyataya of the archdiocese of Kisumu, Archbishop Muhatia suffered chest injuries and was rushed to St Elizabeth Mukumu Hospital in Kakamega County, before being transferred to the Agha Khan Hospital in Kisumu where he is recuperating and in stable condition.

Bishop Joseph Obanyi of the Catholic Diocese of Kakamega has, however, called for calm saying that the third metropolitan archbishop of Kisumu is getting the best treatment.

“Yes, he was involved in the accident. He is in the hospital for checkups. He has been transferred for a CT scan. All shall be well,” calmed Bishop Obanyi.

The archbishop’s driver who also suffered chest injuries and a broken arm is also recuperating well and in stable condition. He was transferred from Vihiga County Referral Hospital and is now admitted at the Agha Khan Hospital,Kisumu.