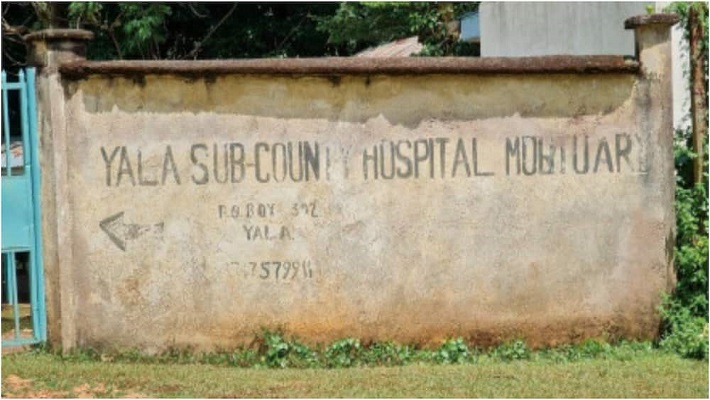 YALA, JANUARY 28, 2022 (CISA)-Archbishop Anthony Muheria of the Catholic archdiocese of Nyeri has decried the disregard of human life calling on the government and players to step up efforts in protecting human life no matter how much a person is worth.

This follows reports of dumping of bodies in River Yala which has caused public outcry.

“We have seen these deaths, bodies recovered in River Yala, 30 bodies is too many. Each life no matter how much that person is worth is valuable. We are appealing to the government and all leaders not to turn a blind eye to this. We simply are too busy with politics of elections and forget the rights of those people and the first right defended in the constitution, the right to life,” he said.

The archbishop reminded the government that it is its responsibility to protect life and that the nobility and progress of a Nation is measured by our care for the weakest.

“President Uhuru Kenyatta, Interior Cabinet Secretary Fred Matiang’i and all the relevant authorities must defend and protect life regardless of whether the victims are good or bad people,” he said.

According to Government pathologist Johansen Oduor some bodies have decomposed to a degree they can hardly be identified.

Commenting on the increase of suicide and murder reports across the country, Archbishop Muheria called on the relevant government departments to look into the issue in a bid to protect human life.

He also called on aspirants seeking elective positions in August polls to preach unity and peace and not to balkanise the country to suit their political agenda.

“As we head to the General Election, leaders must know that the country is bigger than their political ambitions. Youth should desist from being drawn into the ethnic political game plan,” said the archbishop.