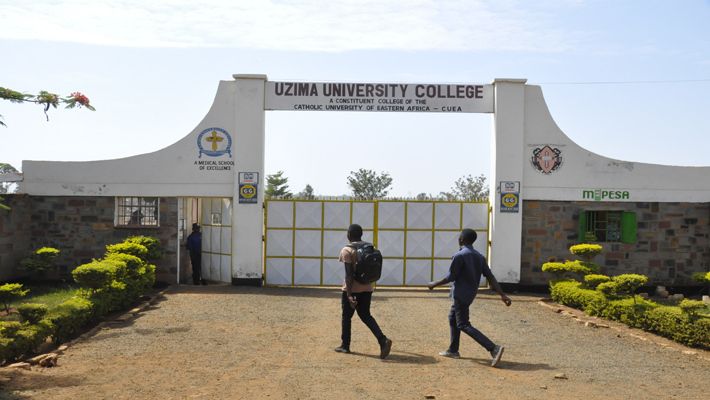 KISUMU, SEPTEMBER 18, 2018 (CISA) – Archbishop Zacchaeus Okoth of the Catholic Archdiocese of Kisumu has renewed calls for Uzima University College to be granted charter.

“I pray for another greater vision to be realized, that the university charter is granted to Uzima University College so that it becomes fully fledged university in the near future,” the Archbishop said in his address during a celebration to mark his 40 years Kisumu as Bishop of Kisumu.

The archbishop was appointed bishop of Kisumu on February 27, 1978.

During the event that was held at the Grand Royal Swiss Hotel in Kisumu, the prelate asked leaders present to help him in his quest to ensure Uzima University acquires a fully fledged varsity charter.

The institution, currently a constituent college of the Catholic University of East Africa, was established by the Archdiocese of Kisumu in 2012 and specializes in teaching and research of medical and biomedical sciences.

“If the university is granted a charter, it will go a long way in helping the country bridge the shortage of medics,” he said.

The Archbishop made similar appeal in 2015, during Silver Jubilee celebration of the Archdiocese of Kisumu held at Uzima University grounds.