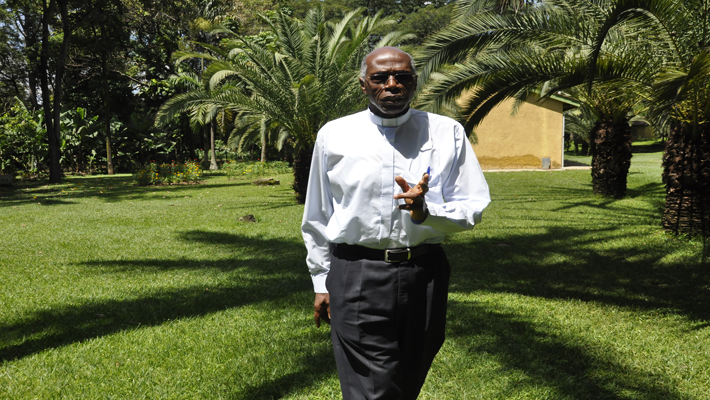 MACHAKOS, FEBRUARY 12, 2019 (CISA)-Bishop Norman King’oo Wambua, of the Catholic Diocese of Machakos has urged the government to ban the importation of goods that can be locally manufactured.

“I think it is a sin …when we import these things that we can manufacture. As if that is not enough, we import used clothes and ‘garbage’ for our people,” he said.

Addressing pilgrims on February 9 at Komarock Shrine in Matungulu, Bishop King’oo lamented that the country has become a dumping site for substandard and unwanted goods from more developed countries.

Political leaders attending the pilgrimage supported the bishop’s sentiments, and blamed the death of many Kenyan manufacturing companies to corruption.

“The issue of corruption has consumed all of us. If it were not for corruption, some of the (manufacturing) industries that were doing very well would not be dead,” said Hon. Stephen Mule Member of Parliament for Matungulu Constituency.

The Woman Representative of Machakos County, and vice chair of the Catholic Members of Parliament Spiritual Support Initiative (CAMPSSI), Hon. Joyce Kamene called for more seriousness in the fight against corruption.

“We are blaming corruption, but we aren’t seeing heads rolling. We don’t know what the problem is. If we say we denounce corruption, let us mean it. We want to hear names being mentioned,” she said.

She called on fellow leaders at the county level to be accountable and put public funds to good use.

The pilgrimage was attended by thousands of Catholic faithful.