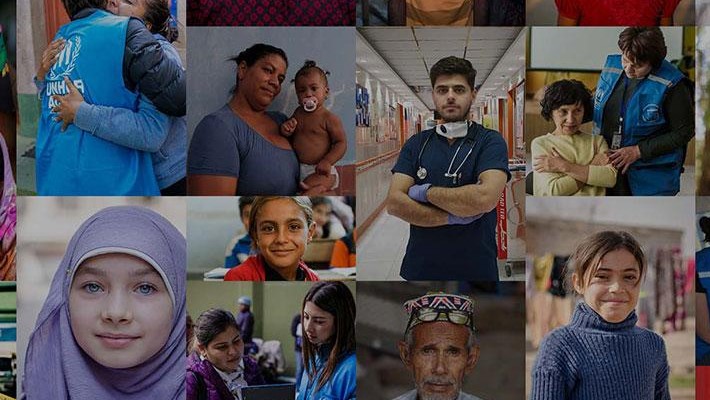 NAIROBI, JUNE 19, 2020 (CISA)-As the world prepares to celebrate the World Refugee Day on June 20, the catholic bishops in Kenya are calling for continued support of refugees who live in highly populated camps against spread and effects of Covid-19.

“We appreciate the various organizations and groups that have been offering support to refugees and internally displaced people in their camps. We however appeal that more deliberate mitigation measures are urgently implemented to protect these vulnerable groups,” Bishop Virgilio Pante of Maralal, and chairman of the Kenya Conference of Catholic Bishops (KCCB) Commission for Refugees, Migrants and Seafarers said June 14.

“As we continue to combat Covid-19, we are concerned about its impact on vulnerable populations including refugees, internally displaced persons (IDPs), and people on the move e.g. truck drivers, pastoralists, persons living on the streets and persons with mental illness,” he said.

According to the United Nations High Commissioner for Refugees (UNHCR), Kenya is currently the second biggest refugee-hosting country in Africa, after Ethiopia. Kenya hosts refugees mainly from the Great Lakes and the Horn of Africa region. While most people fleeing from conflict in South Sudan arrive in Kakuma in northern Kenya, most Somali refugees flee to Dadaab, located in Garissa County in the former North Eastern Province of Kenya

As the global fight against the Covid-19 pandemic continues, UNHCR in an April 5 report noted the increasing challenges faced by refugees, asylum-seekers and other vulnerable populations, and called for continued solidarity.

“The impact of the slow-down of global and national economies due to the pandemic has affected access to jobs and livelihoods and the ability of the most vulnerable populations, particularly refugees and asylum-seekers, who are already challenged in meeting their basic needs,” UNHCR said.

“… the fact that resettlement departures have been put on hold is a source of distress, as those refugees due to be resettled were hoping for a new start. It is important to stress that this is a temporary situation,” it said.

UNHCR is working with the Government of Kenya, alongside international and national NGO partners and UN sister agencies to ensure that refugees and asylum-seekers receive the necessary support during this time.

As part of preventive and preparedness measures, UNHCR and its partners have enhanced the capacities of health facilities, increased hygiene promotion and access to water, and distributed soap and jerry cans in Kakuma and Dadaab refugee camps.

They have also increased the provision of psycho-social support and strengthened existing dedicated helplines, to ensure refugees and asylum-seekers across the country have access to fact-based information and guidance on assistance available to them, including financial, in their own languages.

“As uncertainty around the pandemic grows, additional support is needed to enhance access to counselling and mental health services to help vulnerable refugees and asylum-seekers in Kenya explore and develop positive coping strategies in this challenging time.  UNHCR urges the international community to continue its valuable support to refugees, asylum-seekers and host communities during this unprecedented situation,” UNHCR said.

The UNHCR Kenya statistics package, indicates that as of April 2020 Kenya had a total of 494,649 refugees and asylum seekers.

The world refugee day 2020 will be celebrated under the theme “Every action counts.”