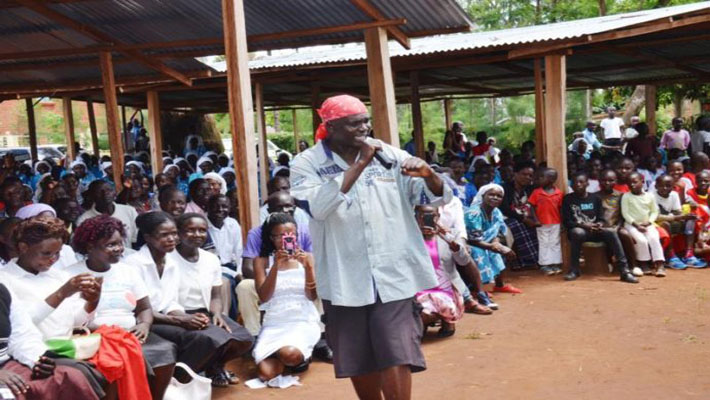 Speaking to the Catholic News Service, Fr Charles Kochiel, the Judicial Vicar of the inter-diocesan tribunal of the Archdiocese of Kisumu confirmed the suspension saying, “We have suspended him for a year to give him time to reconsider his ways…every institution has its own code of conduct.”

He added that Fr Paul, who uses rap music as a means of evangelizing the youth, should have consulted with the bishops, “…to find out if what he was doing was in accordance with the Church doctrine.”

Fr ‘Masaa’ as Fr Paul Ogalo is fondly referred to in Rapogi parish, would after Mass change from his priestly vestment into his rapping regalia: black shorts, a white shirt and a headband and begin his rap sessions, where he would entertain his congregants as he preached through his music.

“I want to rescue millions of youths who are leaving the Church because we are not taking care of their interests. We want to keep them in church. They can sing, rap and dance for Christ as they learn other life changing strategies…I use rap music to bring youths to the Church, thereafter, I bring them to Christ,” he once told journalists.