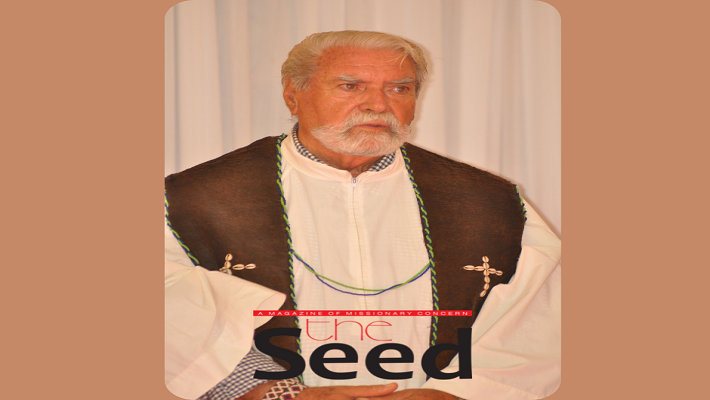 SEREOLIPI, OCTOBER 17, 2022 (CISA) – Fr Egidio Pedenzini IMC, a Consolata Missionary has died. Fr Pedenzini parish priest of Sere-Olipi Catholic Mission in the Catholic Diocese of Maralal died on the morning of October 14, 2022, at a Nairobi hospital.

At the time of his death, Fr Pedenzini had celebrated 61 years of religious profession and 55 years as a priest.

Fr Pedenzini was born on June 8, 1939, in Mezzocorona province, Trento, Italy. He made his first profession as a Consolata Missionary on October 2, 1961. In 1964, he made his perpetual profession and was ordained into the diaconate in Turin on June 29, 1966. He was ordained a priest on December 17, 1966, in Mori, Italy.

Fr Pedenzini served the people of Samburu with great dedication and zeal for over 50 years from the year 1968 when he was first missioned at St. Mary Immaculate Catholic Parish Archer’s Post as the assistant parish priest.

He also served in the same capacity as both assistant parish priest and parish priest in South Horr, Baragoi, and Wamba between the years 1970 to 2009.

Fr Cornelio Lomatukae, the assistant parish priest at Sere-Olipi who has served with Fr Pedenzini since 2018 has eulogized the missionary man as brave, courageous, eloquent, and linguistically gifted. He says Fr Pendenzini has contributed so much to the understanding of the Samburu people by authoring so many literary works on their culture.

“He himself is a master’s holder in cultural anthropology on the scope of Samburu people. And he has written so many things about the people of Samburu, he knows more about Samburu’s, actually, he’s an elder,” eulogizes Fr Lomatukae in an interview with CISA on October 14.

“He is a wonderful man. I know he is going to be missed by so many people, and actually, he usually used to refer to himself as the king of the northern region because he has worked there for so many years. All of his crystal life, he has worked in northern Kenya,” he adds.

Sere-Olipi Catholic Mission established in 2009 is one of the missions in Samburu County. It is about 1000 km away from Nairobi and situated along the Isiolo-Marsabit highway through Archer’s post in Samburu East sub-county. This mission has two main centres namely: Sereolipi and Ndonyo Uasin.