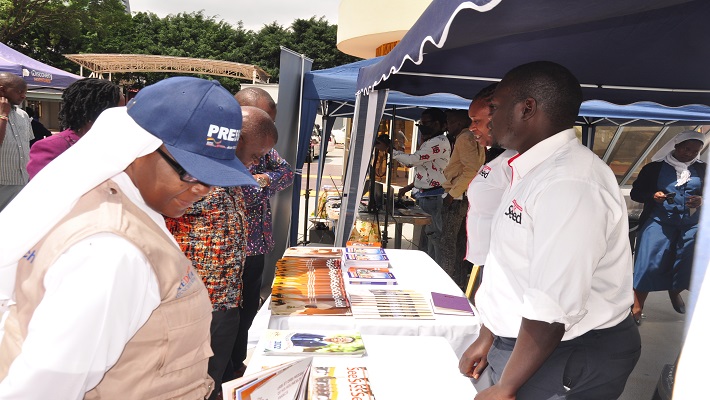 NAIROBI, MAY 31, 2022 (CISA)-As Catholic Media Organizations in Kenya joined the world in marking the 56th World Communications Day, the government of Kenya through the Ministry of Information and Technology promised to work with Catholic media houses and journalists to promote good news and peace promotion before and after the general elections.

The Principal Secretary in the Ministry of ICT, Innovation and Youth Affairs, Mr Jerome Ochieng, and the Chief Executive Officer of the Media Council of Kenya (MCK), Mr David Omwoyo, were both present at the event organized by Catholic Media Organizations in the archdiocese of Nairobi pledged to support the institutions to advance their agenda.

“There is a need for training and capacity building of our journalists, which the ministry has a responsibility for. We will work together with the Catholic Media houses in ensuring that we do capacity building of our media houses not just for Kenya’s August 9 general elections but to be better communicators even in their respective apostolates,” Mr Ochieng told Catholic journalists.

In his address to Catholic journalists and representatives of Catholic media houses who converged at the Holy Family Minor Basilica for the occasion on Sunday, May 29, PS Ochieng’ noted that everybody in the present world is becoming a citizen journalist in the era of social media and called more capacity building.

“There are means whereby we can bring in our efforts together, where we put in the synergies so that we can be able to do more with the minimal resources available,” he added.

While echoing the PS’s sentiments, Mr Omwoyo called for collaboration among the Catholic media institutions, which he estimates to be around 50 comprising of radio, television, newspapers and online entities.

“We have media that is obsessed with bad news so when we have media houses that are committed to good news and spreading peace and all that should be supported. I urge that we collaborate more, and develop joint programs. We are willing, we have the largest pool of media trainers in this field, and we provide support financially and equipment from time to time especially for local media,” he said during the luncheon.

Before the luncheon, the Catholic journalists celebrated Holy Mass at the Holy Family Minor Basilica, which was celebrated by Fr Andre Kaufa the Coordinator of the Social Communications Department of the Association of Member Episcopal Conferences in Eastern Africa (AMECEA) and concelebrated by priests working in various Catholic media houses.

According to Fr Kaufa, the day which fell on the feast of Ascension  signifies that “Jesus whom the disciples saw ascending into heaven expects us all to play our role of promoting the establishment of God’s kingdom through these means of communication, which we are celebrating.”

The 2022 World Communications Day was held guided by the theme “Listening with the Ear of the Heart”.