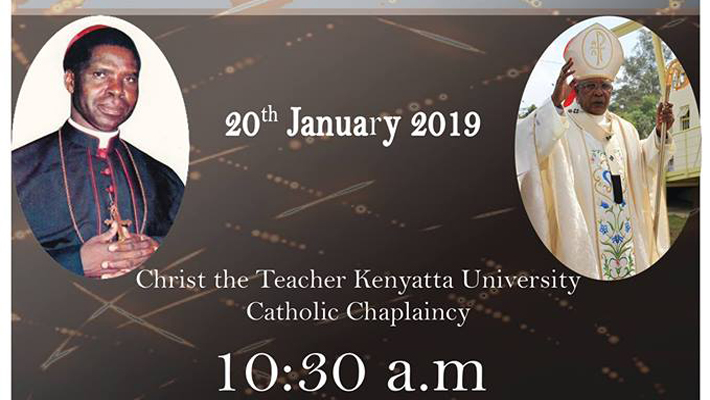 NAIROBI, JANUARY 18, 2019 (CISA)-The Catholic Archdiocese of Nairobi will on January 20 hold an awareness Mass on the cause of beatification process of Servant of God Maurice Michael Cardinal Otunga.

The Archbishop of Nairobi who is also the petitioner of the cause of Beatification will lead Mass to be held at Christ the Teacher Kenyatta University Chaplaincy from 10:30 AM.

“This is with an intention to pray together and create awareness of his process of Beatification,” reads part of a post published on January 17 on their official Facebook page.

The road to sainthood for Cardinal Otunga began in 2009 when John Cardinal Njue made a written petition to the Vatican’s Congregation of the Causes of Saints calling for the initiation of the process of his canonization and beatification.