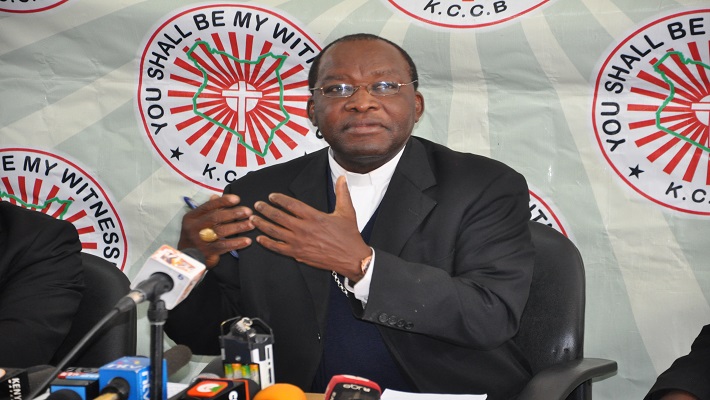 NAIROBI, JUNE 10, 2022 (CISA)-Following the successful vetting and clearance of presidential candidates for the upcoming August 9 poll, the Kenya Conference of Catholic Bishops has implored the electoral body IEBC to put in place necessary preparations that will ensure the polls are free, fair and that guard the democratic rights of the voters.

“We, the Catholic Bishops, have consistently called for greater preparedness in handling elections in this country. We know from experiences that poor IEBC preparedness means high risk to our country,” reads a June 9 statement signed by Archbishop Martin Kivuva the Chairman of KCCB.

In the statement, the bishops have asked the Independent Electoral and Boundaries Commission (IEBC) to embark on cleaning up of the voter register as required by the law so that only legitimate voters turn up to vote.

According to an audit done on the voters’ register anomalies were revealed in the 22.5 million raw database of registered voters. It revealed 246,465 dead voters, 481,711 voters who have been registered more than once as well as 226,143 voters who were registered with IDs that do not validly belong to them and a further 164, 269 voters were registered with invalid identification documents, that is either IDs or passports.

“The elections we are about to conduct in under two months mean nothing if every vote does not count. All the agencies involved in the election process work for the voter. Their responsibility is to ensure the election outcome is free, faith and credible securing the leadership the voters prefer,” the bishops said calling for vigilance from IEBC and respect for the voter from the aspirants.

While it still remains the mandate of the IEBC to conduct civic and voter education, the prelates hold that it is important that communication from IEBC is clear and keeping the voter informed of what is required of them.

“IEBC should make greater effort to assure voters with great transparency arrangements regarding the voting process: from the printing of ballots, transporting them to the polling centers, opening them before party agents, safe environment to cast votes, counting of votes and the whole process of transmitting results,” they said.

They stressed that “with greater transparency in the process, public trust will increase and therefore offer more legitimacy to the election outcome.”

Kenya will hold its General Elections on August 9 to elect their president, Governor, Senator, Women representatives, Members of Parliament and Members of County assembly.