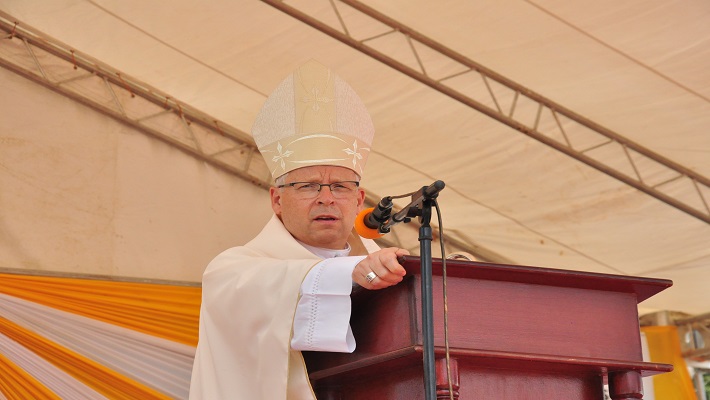 NAIROBI, APRIL 5, 2022 (CISA) – The Apostolic Nuncio to Kenya and South Sudan, Archbishop Hubertus Matheus Maria van Megan has described the July papal visit to South Sudan as a continuous effort by Pope Francis to bring the warring parties in the country together for a peaceful reconciliation.

In an interview with AMECEA Online on March 29, the nuncio elucidated that “Pope Francis is very serious about reconciliation for justice to prevail, and I think he intends to be that bridge between the opposing parties in South Sudan to bring people together.”

“If you look at the peace agreement which should bring the parties together, the agreement has only been implemented partly and there is not much progress,” he said.

Archbishop van Megan was referencing the Revitalized Agreement on the Resolution of the Conflict in the Republic of South Sudan (R-ARCSS), which was signed on September 12, 2018, in Addis Ababa, Ethiopia, by the opposing parties in South Sudan. The peace deal was widely extolled and commended as a significant development signaling the dawn of peace in the troubled country.

Concerning the 2019 unprecedented retreat at the Vatican, in which Pope Francis knelt to kiss the feet of South Sudan’s President Salva Kiir, 1st Vice President Riek Machar, and three other vice presidents as he urged them to respect the peace deal they signed and not return to a civil war. The nuncio elaborated that, “the Papal visit is a follow up on that same event of 2019 to show the people on the ground the need for reconciliation.”

Archbishop van Megan reiterated Pope Francis’s perpetual message of urging the faithful to continue “going to the peripheries,” to where Christ is most needed. A concept the Holy Father has used to describe social exclusion or marginality.

“South Sudan can be termed a country in the periphery and Pope Francis wants to be one with them and understand the reality of the people,” said the Nuncio, explaining, “To get the real sense of things and to have a better understanding, one needs to be physically present to see the people in the eye, and to hear their stories.”

“There could be an inner voice, an urge, probably telling him to go to South Sudan so that as a Pope he shall have done everything he could to bring peace to the people of South Sudan,” he added.

The nuncio also revealed that the Archbishop of Canterbury, Justin Welby and the Moderator of Scotland Presbyterian Church, Rt. Hon. Lord Jim Wallace, will also accompany the pope during the visit, a gesture that nuncio says is a “real example of ecumenism in the Church.”

“South Sudan is not just for the Catholic Church but also a number of other churches who play an important role not only among the people but also at the level of government,” the Nuncio reiterated.

“With the Pope and the other church leaders visiting, I think Christianity wants to come to South Sudan as a united front saying to the leaders of the country to be committed to serving the people,” said Archbishop van Megen while appealing to the leaders of South Sudan to commit to forming a functional government that can provide services to the people and ensure the future of the country.