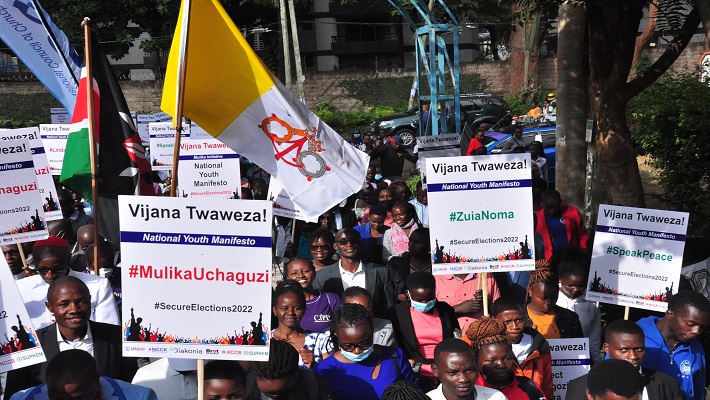 Archbishop Muhatia in his Lenten message for week five under the theme “Youth and Peaceful Elections,” invited young people to do everything in their power to have a peaceful election by their actions and what they say.

“Refuse incitement, refuse elements that are going to lead us into a situation that makes us destroy property, destroy life. Let us insist on having peace. We are brothers and sisters to each other; we belong to the same God who loves us equally. Let us do the same in our country by promoting peace among all communities; among all young and old, tall and short, and all in our communities,” beseeched the Archbishop of Kisumu.

The prelate reiterated that every Kenyan desires to have peaceful general elections “it involves me as an individual to contribute to that peaceful election.”

“It belongs to you, your single vote, your one vote. It might look small; it might look insignificant but it can hugely transform this country if you use it to vote in the right leaders,” Archbishop Muhatia emphatically said.

The vice-chairperson of KCCB called on the youth to realize that they have a huge stake in the running of the country as the older generation is slowly fading away.

“We have to accept the older generation are slowly moving to the end of life, but we appeal to the young people to understand that they have a bigger stake in the future of the country because it belongs to them as much as the present belongs to them,’ said the archbishop, adding,” So what we do with the present will do a lot in identifying and showing us the route, we are going to take as we move towards the future.”

Archbishop Muhatia was speaking to CISA, on the sidelines of the 8th Annual Conference of Catholic Private Educational Institutions Association-Kenya (CaPEIA-K), which was held at the Catholic University of Eastern Africa (CUEA) from April 5 to 8.