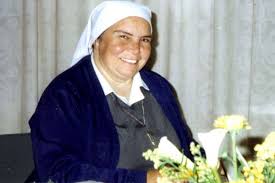 NAIROBI, MAY 25, 2018 (CISA)– Sr.Leonella Sgorbatti, a Consolata nun who was murdered alongside her bodyguard in Mogadishu on September 17, 2006, will be beatified tomorrow, May 26, 2018 in Piacenza, Bobbio-Italy.

Sr.Leonella, spent most of her religious life working in Kenya, as a nurse in several hospitals, a tutor in nursing school, and as the regional superior for the Consolata Missionary sisters in Kenya.

She moved to set up a nursing school in Somalia 2001, where she was in-charge until she met her death in 2006.

According to The Seed Magazine, after Sr Leonella’s death, her body was flown to Kenya and buried at Nazareth Hospital cemetery in Kiambu County. Her remains were later exhumed and moved to Flora Hostel Chapel Nairobi, after Pope Francis’ decree on her cause for sainthood.

The Archbishop of Nairobi, John Cardinal Njue has led a delegation of about 35 people, including 13 Consolata missionary Sisters from Kenya who will be attending the beatification ceremony in Italy.

Sr Joan Agnes Matimu, the Consolata missionary Sisters Regional Superior, Djibouti, Ethiopia, Liberia, and Kenya, who was also Sr Leonella student and friend describes her as a, “Woman with a big heart”

“One of the things that I have struggled to live with is the sadness of losing Sr Leonella and the joy of having her as a martyr,” Sr Joan told the Seed Magazine.

Beatification is a recognition accorded by the Catholic Church of a dead person’s entrance into Heaven and capacity to intercede on behalf of individuals who pray in his or her name, at this stage the candidate adopts the title “blessed”.