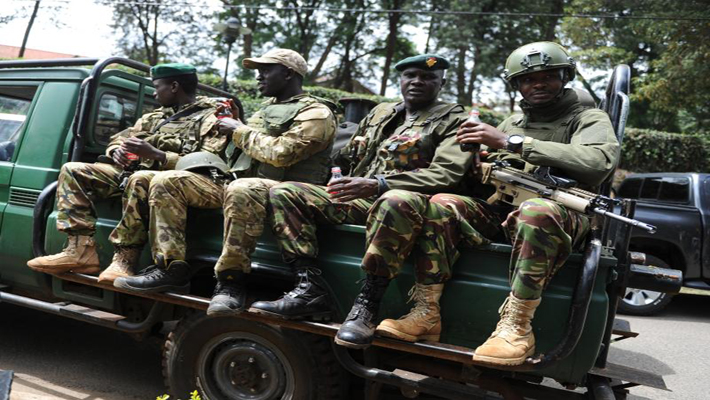 NAIROBI, JANUARY 18, 2019 (CISA)-The Kenya Conference of Catholic Bishops (KCCB) and Supreme Council of Kenya Muslims (SUPKEM) have called upon Kenyans to support security agencies in the war against terrorism.

The clerics in their separate press statements after the January 15 terror attack at DusitD2 complex in Nairobi, urged citizens to share information that can help in preventing attacks.

“We must be ready to support security agencies by offering information that can help them identify, disrupt and apprehend suspects before they carry out their evil plans,” reads a statement signed by KCCB chairman Archbishop Philip Anyolo.

The bishops condemned the terror attack urging Kenyans to “reject all propagated divisions aimed at dividing us on the basis of ethnicity, politics, gender and religion.”

“This culture of death, which is misguided by the lure of money and false sense of heroism is a challenge to us all and must be collectively confronted,” they said.

They lauded the police for their effective response and their tireless efforts to secure the affected persons and quick restoration of order.

According to the Inspector General of Police Joseph Boinett, the attack claimed 21 lives among them 16 Kenyans, one Briton, and one American while the nationality of the other three was yet to be established.

The bishops also appreciated parishes located near the scene among them Holy Trinity-Kileleshwa, St Austin and Consolata Shrine who mobilized Christians to provide food, soft drinks and water to the rescue teams.

Al-Hajj Hassan the Vice Chairman of SUPKEM called upon the people of Kenya to stay calm and shun attempts to divide the country along religious lines.

“The so called acts of terrorism are acts of criminality and have nothing to do with religion. If it was about religion, we could not have bombs blowing in Somalia where almost 99 percent of people there are Muslims; there is nothing religious about terrorism this is an act of crime,” he said.

The clerics committed to support any necessary initiatives by the security agencies and all other stakeholders in the security sector that will help defeat terrorism.