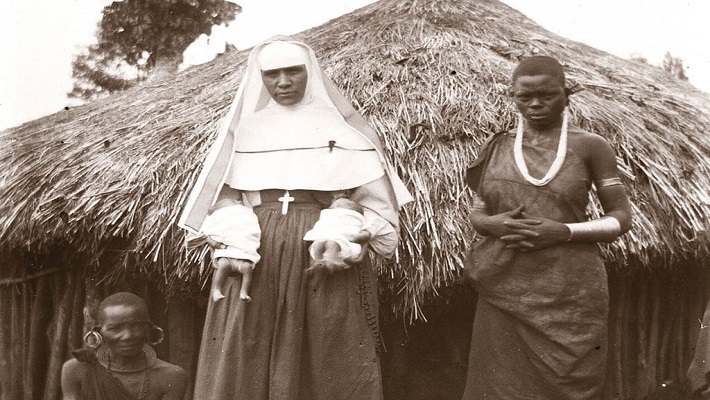 MERU, JUNE 14, 2022 (CISA) – Pope Francis has granted the celebration of the Rite of Beatification of the Venerable Sister Maria Carola Cecchin, of the Congregation of the Sisters of St Joseph Cottolengo, Saturday, November 5, 2022, in Meru, Kenya.

According to the memoirs of Br Benedict Falda, one of the pioneers of Consolata Missionaries in Kenya, compiled by Gabriele Soldati in the book “The Pioneer, The African Adventure of Benedict Falda”, Venerable Sr Maria Carola Cecchin was one of the last 59 Vincentian Sisters of Cottolengo who had been sent to Kenya for 22 years to work with the Consolata since 1903.

Sr Maria Carola was born on April 3, 1877, in Cittadella (Padova), Italy. With the founding of the Consolata Missionary Sisters, it had been agreed that the Cottolengo Sisters who had been ‘loaned’ to Kenya be gradually withdrawn. According to the late Br Falda, who hosted her in Meru before her ill-fated journey back to Italy, Sr Carola and Sr Crescentina were the last to be returning home.

Br Falda recalled that Sr Carola was in ill health and while the ship they boarded sailed through the Red Sea, she unexpectedly took a turn for the worse and did not respond to the efforts of the ship’s doctor. She died on November 13, 1925, on board the ship and in the loving arms of Sr Crescentina. Her last remains were solemnly buried at sea.

“The miracle”, underlines the postulator Sister Antonietta Bosetti, a cottolenghina nun, “concerns the immediate, complete and lasting, not scientifically explainable, return to life, after 30 minutes, of the newborn Msafiri Hilary Kiama considered ‘still birth’, born without vital signs with an absence of cardiac activity, muscle tone and cyanotic colour». The child was born on 14 April 2013 on a Land Rover on the way from Gatunga to Matiri (Meru – Kenya) and after the heartfelt prayer of Sister Katherine, cottolenghina, addressed to Sister Maria Carola, the little one suddenly began to breathe and now, after eight years, it continues to grow peacefully,” read part of the December 13 announcement posted by Cottollengo Society of Kenya.

In the March 11 announcement, The Superiors of the Cottolengo Family, on behalf of the Little House spread throughout the world, and in particular, on African soil, expressed gratitude to the Holy Father for having granted to celebrate the Beatification of Sister Maria Carola in the land that she loved so much. “It surprises and moves us”, they emphasized, “the tenderness of Divine Providence, who gives this good news precisely on the eve of the Jubilee celebrations for the 50 years of Cottolengo presence in Kenya”.