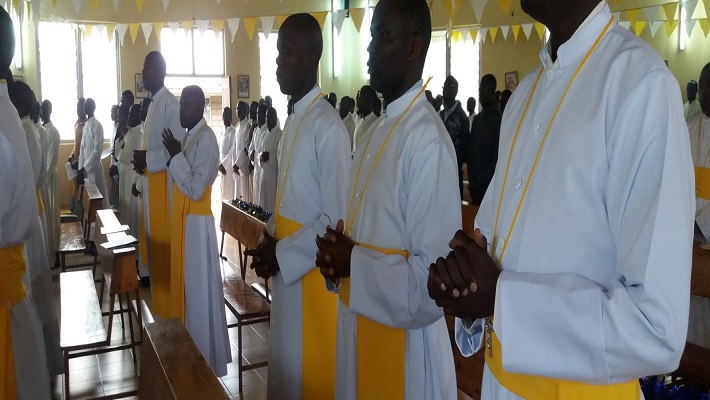 NAIROBI, FEBRUARY 23, 2021(CISA) – The Vatican, through the Congregation for Institutes of Consecrated Life and Societies of Apostolic Life (CICLSAL) has revoked the prohibition on admission of new members to the Religious Missionary Congregation of the Apostles of Jesus Institute (AJ) which has been under rehabilitation for over two years.

“Considering the efforts made so far concerning formation, this Dicastery (CICLSAL) shares the opinion expressed in your request to revoke the provision prohibiting the admission of new members to the novitiate and religious profession, both temporary and perpetual, and to Holy Orders,” Fr Raphael p’Mony Wokorach (MCCJ) read from a letter addressed to the Pontifical Commissariat instituted and mandated by the Holy See the rehabilitation of the Apostles of Jesus Institute.

According to AMECEA online news, Fr Wokorach, who headed the Pontifical Commissariat relayed the message February 14 during the ordination of 14 priests of the Apostles of Jesus Institute in Nairobi.

“…with this letter, we revoke the prohibition to admit new members to the novitiate, and to temporary and perpetual religious profession, and to Holy Orders,” he read.

The AJ Institute had been under rehabilitation following a 2018 decree from the Vatican that called for internal reforms and a re-organization of the life of the members and of the Institute. The Pontifical Commissariat led by Fr Wokorach was instituted and mandated by the Holy See to oversee the process.

“We are coming up with Ratio formationis, a document that will stipulate the requirements and encompass the spirit that needs to be imparted in the candidates in all stages,” Fr Wokorach said, highlighting the Commissariat strategies in fulfilling their decree issued in 2018.

Fr Wokorach while appreciating the commitment and collaboration of the Commissariat together with members of the Institute, asked for continued prayers for the congregation and the leadership so as to work passionately in fulfilling the Vatican’s request to address the needed reform of the Institute.

The Apostles of Jesus is a Religious Missionary Institute of Priests and Brothers founded in Moroto, Uganda in 1968 by two Italian Missionaries; Most Reverend Sisto Mazzoldi, MCCJ and the Very Reverend John Marengoni, MCCJ for the evangelization of Africa and the World.

Currently, there are over 400 Apostles of Jesus members serving in different countries all over the world.