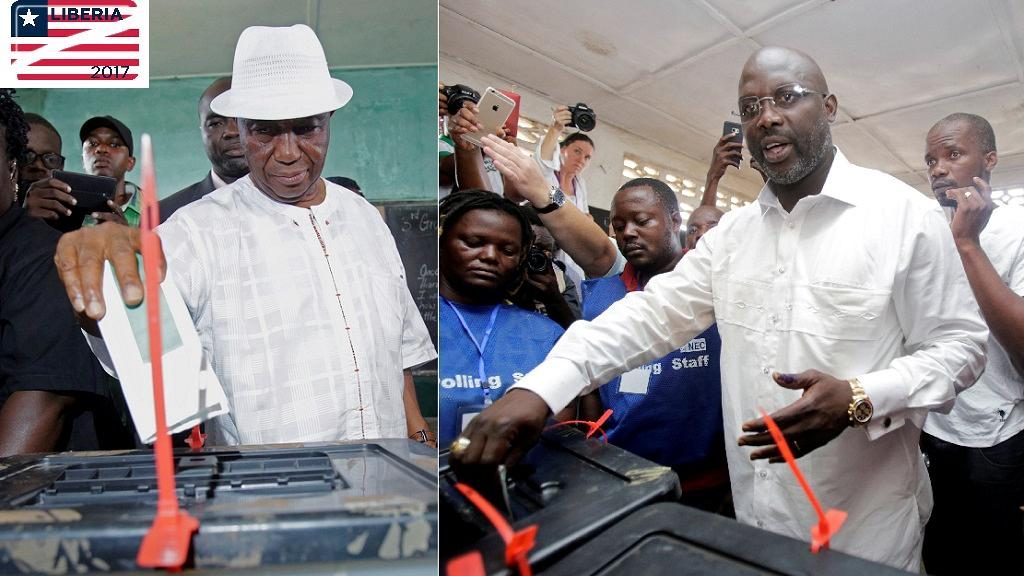 MONROVIA DECEMBER 8, 2017 (CISA) – Liberia’s Supreme Court on December 7 cleared the way for a presidential run-off election, stating that it had not found enough evidence of fraud to halt the whole process.

In a 4-1 majority ruling the court dismissed a complaint from the third-place finisher Charles Brumskine’s Liberty Party, which had said fraud had undermined the first round of voting in October, reported Reuters.

“In the absence of sufficient evidence, the court cannot order a re-run of the election,” said Justice Philip Banks, reading out the court’s decision.

“There were over 5,000 polling places, (so) to present evidence of just a few is problematic,” the judge said adding, “The evidence should have (shown) … that they were committed in such magnitude that they could have altered the results.”

The electoral commission will now set a date for the delayed vote. The second round of voting to succeed President Sirleaf had initially been set for November 7.

The delays caused by all the legal wrangling have stirred up tensions in a country still recovering from decades of civil war that killed tens of thousands.

Liberia, which was founded by freed US slaves in the 19th Century, has not had a smooth transfer of power in 73 years.

President Sirleaf took office in 2006, after her predecessor, Charles Taylor, was forced out of office by rebels in 2003, ending a long civil war.

Taylor is currently serving a 50-year prison sentence in the UK for war crimes related to the conflict in neighboring Sierra Leone.