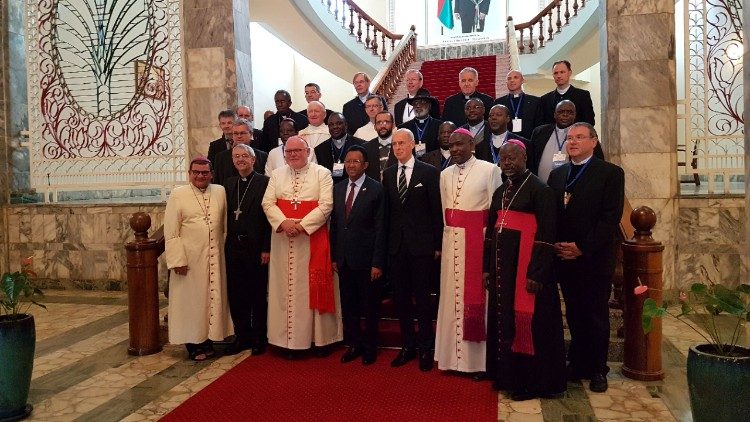 ANTANANARIVO, MAY 29, 2018 (CISA)-The German Bishops’ Conference and the Symposium of the Episcopal Conference of Africa and Madagascar (SECAM) have jointly called upon nations around the world to embrace international trade in a bid to promote equitable development of the church around the world.

In a communiqué issued at the end of their meeting in Antananarivo in Madagascar signed by SECAM president Archbishop Gabriel Mbilingi and Archbishop Ludwig Schick, the German Bishop of Bamberg who is also the president of the commission for International Church Affairs, the bishops called upon the nations to work in synergy as a tool of evangelization world.

“We speak up for a more just global order especially regarding the international trade that offers the same opportunities to all countries and people,” stated the communiqué.

“…integral development can only be successful when discrimination of people, especially of women is eradicated,” it adds.

In a separate interview, the German bishops committed use the existing relationship between Europe and Africa to foster development in Africa.

“Now, we as a Church want to help Africa’s development. We wish for Africans to develop themselves because in the past, the relationship was not always good. It was sometimes a relationship based on the exploitation of Africa for Europe and even for Germany,” said Archbishop Schick in the communiqué.

Archbishop Mbilingi on his part hailed the milestone achieved through the three decades long formal relationship with the German Bishops on their eighth meeting.

“We are both convinced that the integral development of the human person forms part of the church’s mission and should be vigorously promoted by the church,” said Archbishop Mbilingi.

According to Vatican news, the joint meetings take place every four years thorough which both sides seek to foster knowledge about Africa in Germany and to Africans about life in Europe.