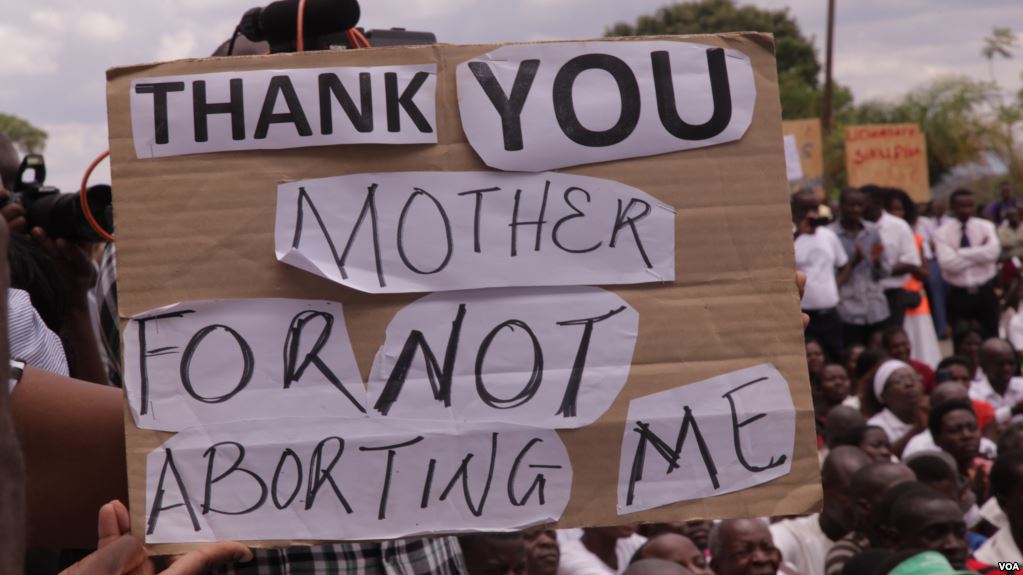 LILONGWE, DECEMBER 5, 2017(CISA)- Archbishop Thomas Luke Msusa of Blantyre, the chairman of the Episcopal Conference of Malawi (ECM) has challenged the pro-abortion and pro-life activists to give room for a referendum so as citizens can decide what is good for them and the society.

He warned them of generalising that majority of people are of the bill since their language does not give chance for individual input on the amendment.

“Every human person is a social being and therefore, connected to others. Though every person is entitled to enjoy his/her individuality, he /she also has to be constantly sensitive to other people’s equal sentiments,” said the Archbishop.

“We note in particular that there are some worrisome trends in our democratization and emancipation that push for a worldview independent and sidelining God, and making human being dependent on their own intellect, determining for themselves what is right and what is wrong. We are saddened to read that religion should not regulate morals,” he said.

According to Archbishop Msusa, the recent campaign calling for implementation of abortion law is contrary to the principle of human dignity and sacredness of life. He also called upon the church to preach against the bill because it is against Christian teachings.

“We believe that life begins at conception; sacredness and sanctity of human life; both the mother and unborn child have the right to life and that all instances of direct abortions are violations of the rights of the unborn because it is a wilful killing of innocent life,” he said.

They assured that the church would continue working on their mission and mandate to protect and defend life.

The Archbishop was speaking during World Congress of Families for African Regional Conference in Lilongwe held last week.

The conference brought together delegates from all over Africa and the United States of America to discuss the African Family and Cultural Colonisation.