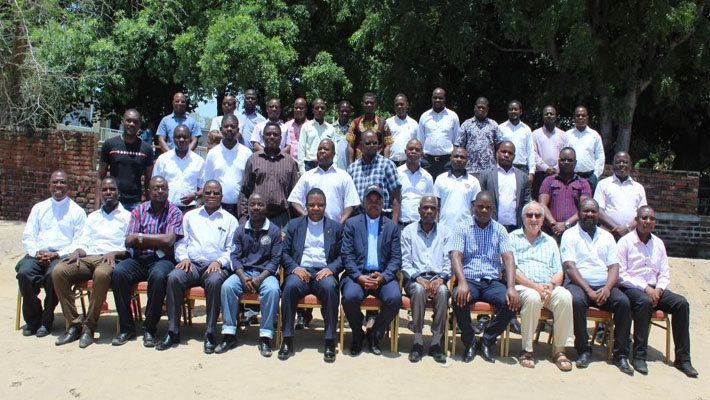 SALIMA, FEBRUARY 26, 2019 (CISA)-Fr Henry Saindi, the Secretary General of the Episcopal Conference of Malawi (ECM), has called for collaboration among the Commissions for Justice and Peace, Pastoral Commission and the Social Communications Commission to help the nation in delivering free, fair and credible elections in May 2019.

Speaking during the Integrated Strategic and Preparatory meeting on Electoral Processes in Salima, he said the commissions have to strategize and engage the citizenry on the electoral issues so that they are empowered enough to make an informed choice.

“There could be certain areas to improve in our respective electoral interventions so as to in contribute to holding free, fair, peaceful and credible polls in the country. This is where we need concerted and integrated efforts, driven by the aspirations of ECM and the Catholic Social Teaching,” he said.

He appreciated the efforts so far being made by all the Commissions in the preparations for the elections, which he said are done not in isolation but in a consolidated manner, guided by recent pastoral letter where the Bishops have clearly stated the qualities of a good leader.

“The CCJP has developed Election Messages; the Pastoral Commission is developing Lenten and Easter reflections on the Bishops’ Pastoral letter; and certainly these will be disseminated by the Social Communications and Research Commission through our Catholic media houses. This is what it means the spirit of collaboration and integration among Commissions,” said Fr. Saindi.

The meeting also discussed other emerging issues related to the forthcoming elections including the current leadership crisis; how to end political violence; manipulation of voters with handouts and many others.

The meeting also aimed at exploring ways in which the ECM commissions can work in an integrated manner on the electoral processes in line with the new ECM Strategic Framework (2018-2022.)