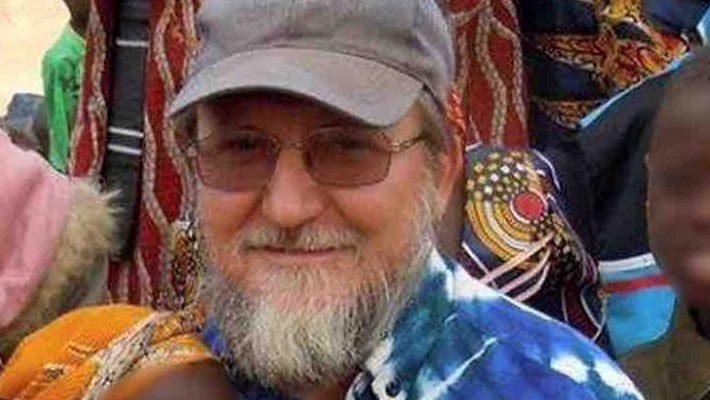 LOME, OCTOBER 13, 2020 (CISA)- Fr Pierluigi Macalli, an Italian Priest and member of the Society of African Missions who was abducted in September 2017 in Niger has been freed by kidnappers in Mali.

While expressing joy after his release on Thursday, October 8, Fr Antonio Porcellato the Superior General of the Society of African Missions offered encouragement to others who are still in captivity urging them to, “Never give up.”

“We continue to pray for the other hostages who are still in the hands of kidnappers. We pray for the numerous victims of this blind violence that is hitting the Sahel especially those who were attacked in Burkina Faso recently,” he said in a statement.

Fr Maccalli was abducted from his work station on the evening of September 17, 2018 by suspected jihadist militants. He was working at the Catholic Mission in Bomoanga within the Catholic diocese of Niamey, Niger Republic, at the border with the Burkina Faso.

Archbishop Protase Rugambwa, secretary of the Congregation for the Evangelization of Peoples, termed the release, “…a great sign of hope for us, for Africa and for the universal Church.”

The Episcopal Conference of Italy welcomed news of Fr Macalli’s release with joy and gratitude to those who worked for his liberation and expressing closeness in prayer for those who are still missing.

Bishop Daniele Gianotti of the Catholic diocese of Crema, Italy the home diocese of Fr Macalli, said the liberation is a sign of trust and encouragement for all those men and women who witness to the Gospel of Jesus in the most exposed and difficult situations.

“I hope the liberation of Father Gigi would be a promising sign of hope for all those others who are prisoners because of their faith and their struggle for truth, justice and reconciliation and that it would be a seed of peace and trust for Niger, which he loves so much, for the Sahel and for all of Africa,” Bishop Gianotti said.

Fr Pierluigi Macalli was released in Mali alongside three others: a French humanitarian worker, an Italian tourist and a politician from Mali.