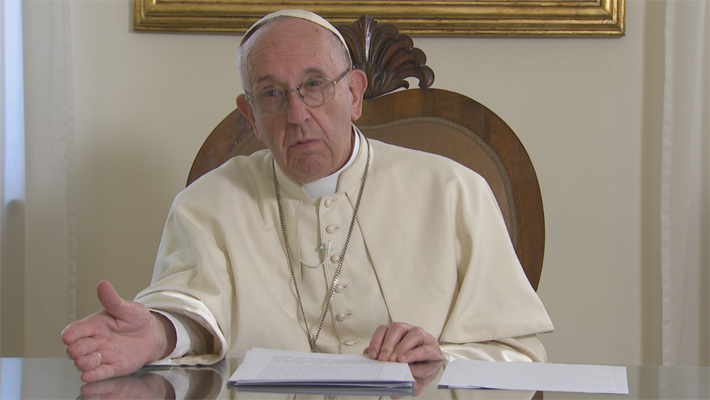 VATICAN CITY, MARCH 29, 2019 (CISA) – Pope Francis has sent a message to the people of Morocco ahead of his March 30 visit, saying he is a visitor of peace.

“…following in the footsteps of my predecessor, Pope John Paul II, I come as a pilgrim of peace and fraternity in a world that greatly needs it.”

In the March 28 video, Pope Francis said he is looking forward to sharing common convictions between the Muslims and Christians

“I’m grateful to his majesty King Muhammad VI, for his gracious invitation, and to the Moroccan authorities for their consideration. As Christians and Muslims we believe in God as Creator and merciful, who created men and women and put them in the world so that they may live as brothers and sisters, respecting each other’s diversity and helping each other in their needs,” he said .

He added that God entrusted us all with the earth as our common home, “…to guard it responsibly and preserve it for future generations.

“It will be a joy for me to share these convictions directly with you at the meeting we will have in Rabat,” said the Pope.

He further noted that the trip to Morocco will offer him the precious opportunity to visit the Christian community in Morocco and to encourage its journey. He promised to meet with migrants, whom he said, embody an appeal to build together a world of great justice and solidarity.

“I assure you of my prayers for you, and for your dear country. See you soon” he concluded.