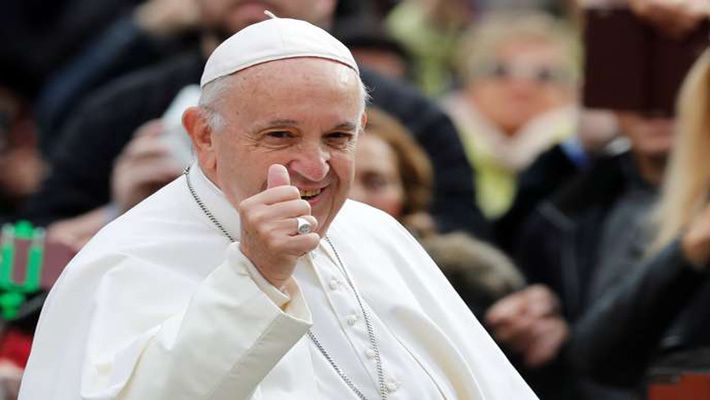 On arrival, the Pope will be received by King Mohammed VI before meeting with the Moroccan people, the civil authorities and the diplomatic corps in the country. He will also pay a visit to the tomb of King Mohammed V.

During the visit, he is expected to meet with migrants at the Caritas local branch and also visit a social center outside Rabat, Morocco’s Capital city.

On March 31, Pope Francis will visit a rural centre for social services in the town of Témara, and later will meet with priests, religious women and men, and members of the ecumenical council of churches.

The visit will conclude with the celebration of a solemn papal Mass on Sunday March 31 in evening.

The Pope’s visit to Morocco comes after his historic visit to the United Arab Emirates, where he signed a landmark “fraternity” document with a leading Sunni imam and sought to encourage moderate Islam and interfaith ties.

Morocco has long considered itself a key ally in the fight against Islamic extremism and the king routinely criticizes jihadism and the discourses of radical Islam.