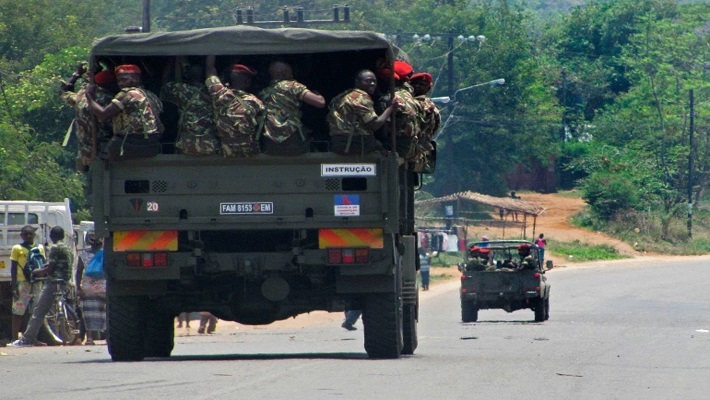 PEMBA, DECEMBER 7, 2021 (CISA)-Mr Manuel Notta, the Director of Caritas in Pemba, Mozambique, has warned of continued armed group’s activity in Cabo Delgado Province despite the heavy military presence in the region.

“The terrorists are on the run, as they say, and they no longer have a base, but they walk through the woods in small groups… There are groups that have already burned down [houses] and killed,” revealed Notta while addressing Aid to the Church in Need (ACN) Portugal, a Catholic pontifical and charity foundation.

According to a report by ACN, more villages continue to experience insurgence by the armed groups even as military intervention intensifies.

The December 6 report by ACN intimates, “Two attacks, one on Friday, December 3, in Nova Zambézia village, Macomia district, Cabo Delgado; and another, the previous weekend, in the village of Naulala, Niassa province, are raising the alarm among the population.”

“The attack in Naulala reinforced fears that the terrorists are now spread over a wide area as a result of the military operation underway in Cabo Delgado and involving not only the Security and Defense Forces of Mozambique but also of Rwanda and countries of the Southern African Development Community,” reads the report.

During the attack on Friday, around 15 houses were burned without any reported casualties while on the previous attack, the terrorists allegedly kidnapped around a hundred young people, looted and razed some houses.

Mr Notta further stated that a previous attack in Meluco in September was a key indicator that the terrorist group which the locals refer to as ‘al-Shabaab is still active in the region.

“They burned a village in the Macomia area because I passed by there on my way to Meluco and the village was all burned. This attack was on the 24th of September,” he said.