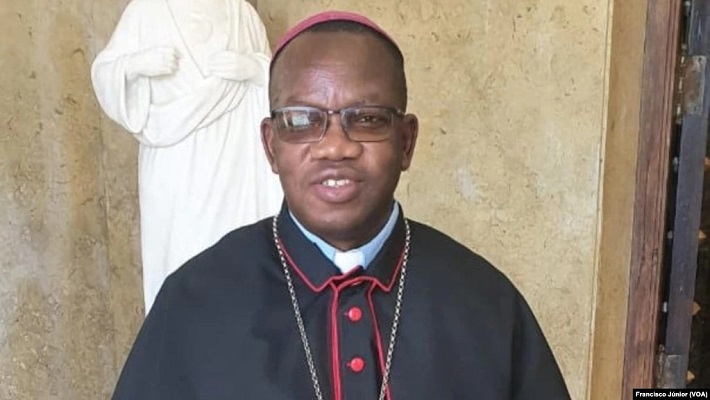 MAPUTO, May 6, 2022 (CISA)- Bishop António Juliasse Ferreira Sandramo of the Catholic Diocese of Pemba, Mozambique, has implored the international community not to forget the province of Cabo Delgado, saying that the security situation in the province, which has been severely affected by terrorism, was still delicate, and that the displaced population remained in need of humanitarian aid.

“Insecurity prevails, the internally displaced are still many. I personally ask you, those who know me, to pray. Pray for me, and pray for peace,” the bishop is reported to have said in a news post circulated by IMBISA.

The local ordinary of Pemba was speaking at farewell Mass at the Cathedral of Our Lady of the Immaculate Conception in Maputo, presided over by Archbishop Francisco Chimoio OFM Cap. and attended by other members of the Episcopal Conference of Mozambique on May 1.

“There continue to be attacks. Especially in the Nangade region, many villages were attacked in the last three months. And, that’s it – we are attentive to the situation. As a church, we can only humanely help those forced to move from one place to another. The security issue is in the hands of the government and international partners,” he said.

“The most serious is Muidumbe, where the church and the priests’ house, where we had a community radio station, were all destroyed. So, there, certainly, we will need a lot of investment to rebuild the parish mission. And we also saw the church in Mocímboa da Praia destroyed,” Bishop Sandramo appealed.

Bishop António Juliasse Ferreira Sandramo was appointed by Pope Francis to shepherd the diocese of Pemba on March 8, 2022, after serving as the apostolic administrator of the same diocese since February 2021.

Before he was appointed bishop of Pemba, he was the auxiliary bishop of the Catholic Archdiocese of Maputo and had been ordained to the episcopate in 2019.

According to reports by Global Initiative against Transnational Organized Crime, “Despite the intervention of SADC and Rwandan troops to shore up the Mozambican military, violence has continued to flare in Cabo Delgado districts and, recently, in neighbouring Niassa province. The conflict has triggered an acute humanitarian crisis and many of its underlying drivers: such as extreme income inequality, endemic corruption and widespread organized crime remain unchanged.”