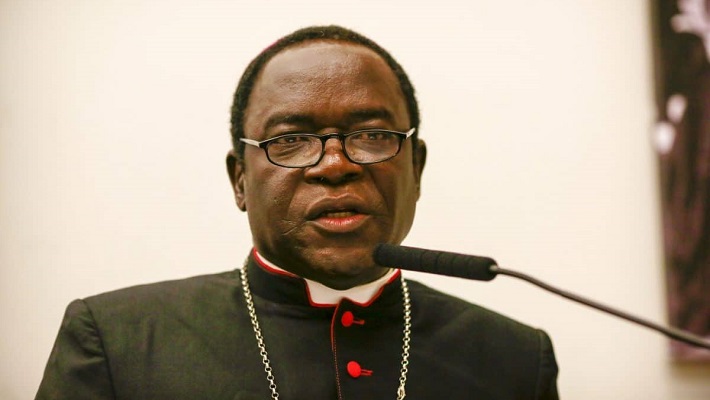 KADUNA, JANUARY 12, 2022 (CISA) – The Christian Association of Nigeria Youth Wing (YOWICAN) has threatened to mobilise Christian youth across the country to, “answer to the purported invitation of Bishop Matthew Hassan Kukah, Bishop of the Catholic Diocese of Sokoto, to appear before the Department of State Services (DSS).”

According to reports, Bishop Kukah is said to have been summoned by the DSS regarding remarks he made in his Christmas message on December 25, 2021 where he tore into Nigeria’s President Muhammadu Buhari’s administration for repeatedly failing to crackdown on the capture, torture and killings of Christians by extremist groups as well as the botched rescues of those still held in captivity.

In a statement dated January, 9, YOWICAN president Hon, Amb. Belusochukwu Enwere asserted that, “Bishop Kukah committed no offense” adding that, “rather the government should channel her energy in the fight to liberate the country from terrorists and bandits.”

“The DSS has extended her invitation to us not Bishop Kukah and we will honour it,” said the spirited leader.

In his Christmas message, Bishop Kukah had pointed out that, “At about this time last year when I raised the alarm about the perilous state of affairs in northern Nigeria, all kinds of accusations were levelled against me especially by my northern brethren. When the Catholic Bishops protested openly against the killings of our people in March 2020, we were accused of acting against government with religious motives being imputed to our noble intentions. Now, we are fully in the grip of evil.”

He had further lamented the state of affairs in the north of Nigeria where, “A catalogue of unprecedented cruelty has been unleashed on innocent citizens,” listing that, “In their sleep, on their farmlands, in their markets, or even on the highway, innocent citizens have been mowed down and turned into burnt offerings to gods of evil.”

The prelate has previously found himself at loggerheads with the Buhari led administration in July of 2021 when he appeared virtually before the United States Congress and criticized the president’s handling of the security situation in Nigeria and alleged nepotism and favoritism of Muslims over Christians.