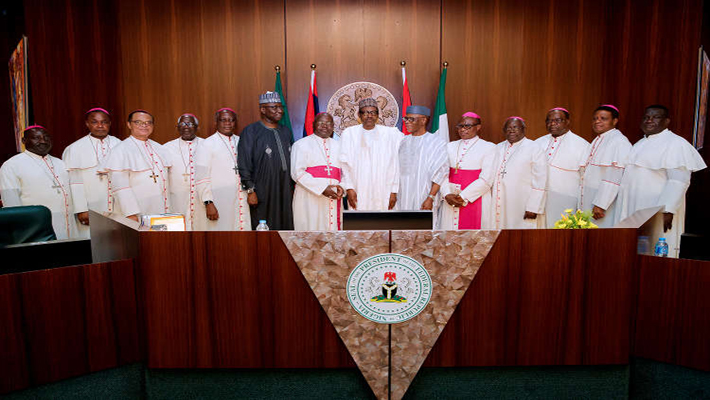 ABUJA, JULY 6, 2018 (CISA)-The Catholic Bishops Conference of Nigeria (CBCN) has renewed its call on President Muhammadu Buhari to resign if he is unable to ensure the safety of Nigerians.

In a statement signed by Archbishop Augustine Akubeze President of CBCN and Secretary Bishop Camillus Umoh, the bishops decried the death of more than 200 Christian farmers in some villages of the Central State of Plateau on June 23 whose attacks are linked to Fulani, reported Fides.

“If the President cannot keep the country safe, then he automatically loses the trust of the citizens. He should no longer continue to preside over the killing fields and mass graveyard that our country has become,” reads the statement.

It further states that the killings “…can no longer be regarded as a mere coincidence that the suspected perpetrators of these heinous crimes are of the same religion as all those who control the security apparatus of our country, including the president himself. Words are no longer enough for the president and his service chiefs to convince the rest of the citizens that these killings are not part of a larger religious project.”

In his efforts to restore trust to the public, they asked the president to direct police officers to arrest the perpetrators so as they may face the law.

“Once again we ask President Muhammadu Buhari to please save the country from further pain and avoidable chaos, anarchy and doom,” they said.

Their first appeal calling for the resignation of president Buhari came in April after the April 24 massacre in the village of Mbalom which claimed lives of two priests alongside 15 faithful.

According to the report published by Amnesty International, 1,813 people have been killed in 17 out of the 36 states of Nigeria since the beginning of the year. This is in relation to 894 deaths reported in 2017.