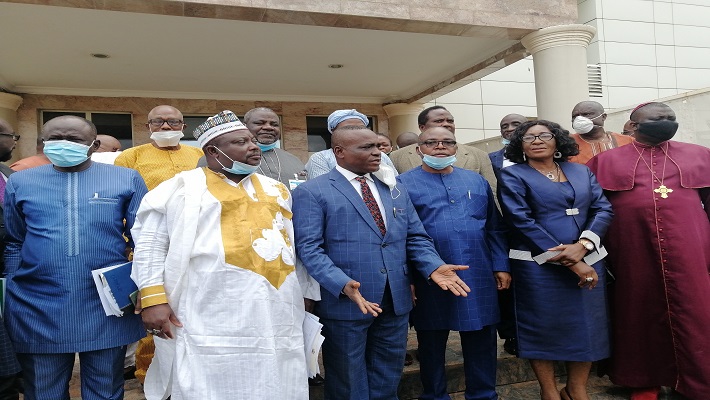 ABUJA, MARCH 19, 2021 (CISA)-The Christian Association of Nigeria (CAN) has sued Federal government of Nigeria challenging certain provisions of a controversial 2020 law on corporations and related matters.

“The Association has decided to go to court after all attempts to convince the federal government not to intervene or interfere in the management of the Church in the country through the failure of one of its agencies,” reads a March 14 statement released by CAN General Secretary Rev. Joseph Bade Daramola.
The association headed to court to prevent the federal government from taking further steps to implement the CAMA, asks the Federal High Court in Abuja to rule on its legality.

According to the Christian Association, CAMA places the Church, which is technically grouped among NGOs under control of the government. Section 839 of the law gives the Government Commission the power to suspend the directors of an association and to appoint interim managers to manage the affairs of the association for certain given reasons.

CAN has urged the Federal High Court, sitting in Abuja, to declare illegal, Section 839 (1) & (2) of the Companies and Allied Matters Act (CAMA) 2020, that empowers the federal government to suspend the trustees of incorporated non-governmental organisations.

The Christian Association of Nigeria is an ecumenical organization that brings together the Catholic Church, major Protestant groups, and Pentecostal churches.