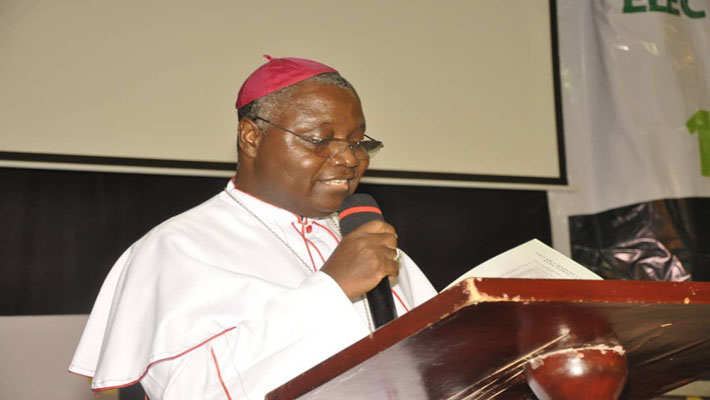 JOS, MAY 10, 2019 (CISA)-Archbishop Ignatius Kaigama of Jos has stressed on the need for the country’s electoral commission to conduct credible elections.

In his remarks at the delegates’ conference of the Forum of State Independent Electoral Commissions of Nigeria (FOSIECON), Archbishop Kaigama noted that good governance is usually the product of well conducted elections, whether at the Local, State, or National levels of government.

“The end product of a well conducted election is contentment among the citizens because of their conviction that they have leaders of their choice. The realization of this fact plays not only a small role in peaceful coexistence, but also creates the conducive atmosphere for positive, social and infrastructural development and growth,” he said.

Archbishop Kaigama noted that alongside being an archbishop, he is a patriotic citizen of Nigeria with a civic duty of contributing to good political order, hopefully to inspire in our political leaders the urgent need for good governance.

“We who are religious leaders (without being partisan) shouldn’t be strangers or be apathetic to social or political issues that could polarize, confuse or destabilize our people. If we have a frustrated people deprived of fundamental needs, those in governance will have a disorganized people to govern and we in religion will have very great difficulties in leading people to moral transformation and spiritual salvation.”

“The Catholic Church in particular over the centuries has been concerned about integral human and social development and urges that politics should serve the interest of the common good through the just ordering of society by good governance,” he added.