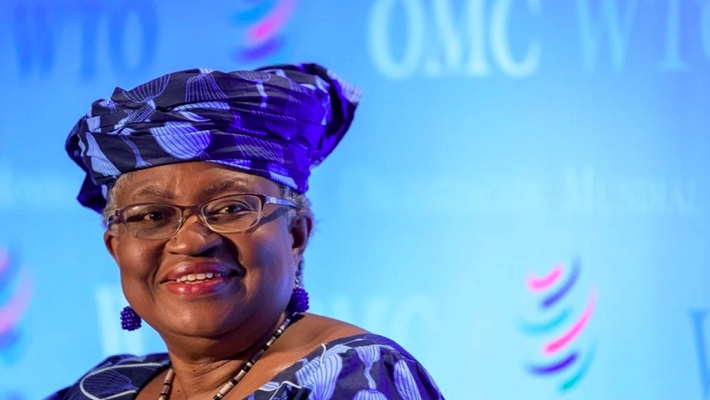 ABUJA, MARCH 2, 2021 (CISA) –The World Trade Organization (WTO) has appointed Ngozi Okonjo-Iweala of Nigeria as the organization’s seventh Director-General and the first woman of African descent to hold the position.

“This is a very significant moment for the WTO. On behalf of the General Council, I extend our warmest congratulations to Dr Ngozi Okonjo-Iweala on her appointment as the WTO’s next Director-General and formally welcome her to this General Council meeting,” said the General Council Chair David Walker of New Zealand who, together with co-facilitators Ambassadors Dacio Castillo (Honduras) and Harald Aspelund (Iceland) led the nine-month selection process.

Addressing the WTO General Council immediately after taking office on March 1, Director-General Ngozi Okonjo-Iweala called on members to do things differently to achieve reforms necessary to keep the WTO relevant, starting with swift action to curb harmful fisheries subsidies, and to help scale up COVID-19 vaccine production and distribution.

“I am conscious that expectations are high and shall do my utmost to move us forward. However, this is a membership driven organization so I cannot do it without you, I cannot do it without the cooperation of staff and management. What we are involved in is a tripartite partnership. Each partner has to play its part if we are to get results. High expectations of my leadership also means that I have high expectations of you to help me deliver,” the new Director-General said.

The process for selecting a new Director-General was triggered on May 14 when former Director-General Mr Roberto Azevêdo informed WTO members he would be stepping down from his post one year before the expiry of his mandate. He subsequently left office on August 31.

The World Trade Organization (WTO) is an intergovernmental organization that regulates and facilitates international trade between nations. It officially commenced operations on January 1, 1995, pursuant to the 1994 Marrakesh Agreement, replacing the General Agreement on Tariffs and Trade (GATT), which was established in 1948. The WTO is the world’s largest international economic organization, with 164 member states representing over 96% of global trade and global Gross domestic Product (GDP).