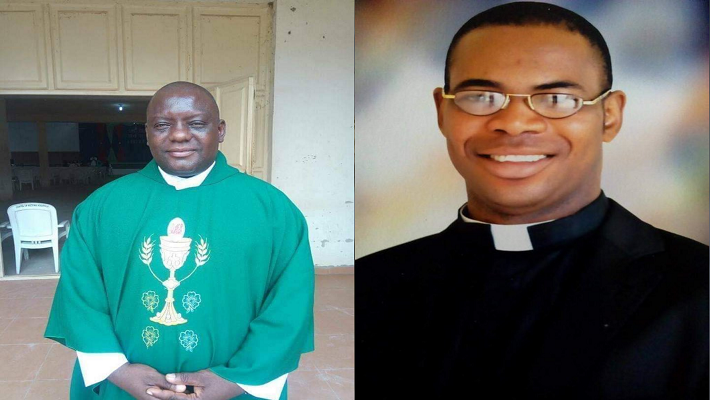 ABUJA, JUNE 28, 2022 (CISA) – Two Catholic Priests were killed in Nigeria on June 25 and 26 by terrorists according to reports by local media.

Rev Fr Vitus Borogo of the Catholic Archdiocese of Kaduna was killed after a raid on Prison Farm in Kujama while Rev Fr Christopher Odia was kidnapped from his rectory at St. Michael Catholic Church Ikabigbo, Uzairue, Edo State, as he was coming out to attend mass and later met his death at the hands of his assailants.

An obituary note by the Catholic Archdiocese of Kaduna dated June 26 read, “It is with a heavy heart, but with total submission to the will of God that we announce the death of Rev. Fr. Vitus Borogo, which sad event took place today, at Prison Farm, Kujama, along Kaduna-Kachia Road, after a raid on the farm by Terrorists.”

The Catholic Diocese of Auchi through the directorate of social communications also communicated, “With heavy hearts but with total submission to the will of God, we announce the death of our priest Rev. Fr. Christopher Odia, who was killed by his abductors after being kidnapped this morning 26th June 2022 at about 6.30 am in his rectory.”

Until his death at 41, Fr Odia was the Administrator of St Michael Catholic Church, Ikabigbo and also the Principal of St. Philip Catholic Secondary School Jattu while Fr Vitus who died aged 50, was the Chaplain of the Catholic Community of the Kaduna State Polytechnic, and the Chairman of the Nigerian Catholic Diocesan Priests Association (NCDPA), Kaduna Chapter.

According to the information given by both dioceses, funeral arrangements are to be communicated at a later date.