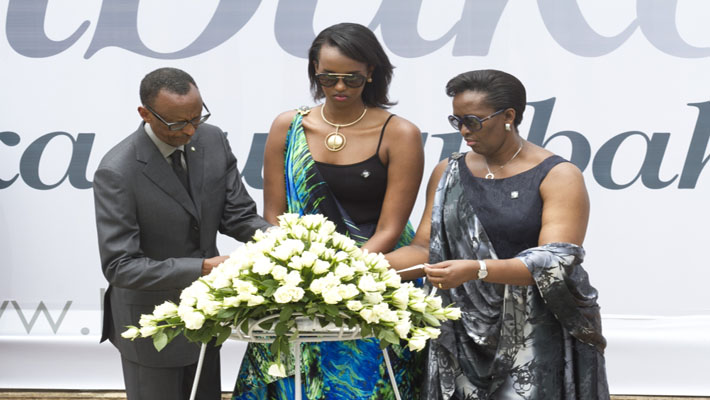 KIGALI, APRIL 9, 2019 (CISA) – On Sunday April 7 2019, President Paul Kagame led the country in commemorating 25 years since the 1994 genocide that left close to a million people dead.

“He implored anew God’s forgiveness for the sins and failings of the Church and its members, among whom priests and religious men and women who succumbed to hatred and violence, betraying their own evangelical mission,” said a Vatican statement released March.

The country from April 7, will be in a state of mourning for 100 days in honour of the 800,000 lives that were lost in the sad and horrific events.

As part of the memorial, about 2,000 people marched together on a walk of remembrance from parliament buildings to the Amahoro National Stadium, which was used by United Nations officials to try to protect the minority Tutsi tribe during the killings.

In his speech, the president said Rwanda had become a family once again that the resilience and bravery of the genocide survivors represented the “Rwandan character in its purest form”.

On March 20, 2017, Pope Francis apologized for the role of the church in the genocide and he expressed his solidarity with the victims and with those who continue to suffer the consequences of those tragic events.