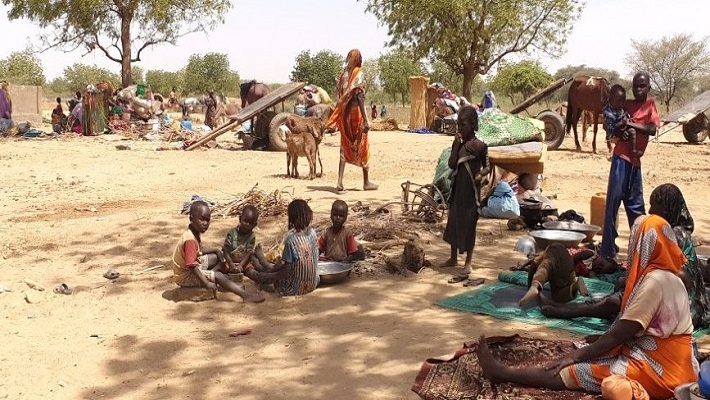 EL GENEINA, APRIL 13, 2021(CISA) – 1,860 refugees have been forced to flee into the neighbouring country of Chad after tribal clashes between the Masalit tribes and armed militias composed mainly of Arab nomads broke out in El Geneina, West Darfur State in the past week.

“The refugees, mostly women, children and the elderly, have fled homes in villages near the border, in the aftermath of deadly clashes that started on 3 April. The resurging violence has reportedly left 144 people dead and more than 230 injured. In the meantime, humanitarian agencies are trying to establish the exact number of newly displaced people within West Darfur, which is estimated to be in the thousands,” the United Nations High Commissioner for Refugees (UNHCR) reported April 13.

The refugees fled West Darfur after their houses and properties were destroyed. They lamented shelters for displaced people were also targeted by the attackers.

El Geneina is located 20 kilometers from the Sudan-Chad border. Refugees have crossed near the town of Adré, in Ouaddaï province and are currently being hosted just 200 metres away from the volatile border.

The UNHCR team that is assisting the refugees reported dire conditions on the ground where displaced families are staying in the open or under trees or makeshift shelters in the area that experiences harshly hot weather during the day. There is also an acute need for food and water.

According to the UNHCR, the priority is to relocate the refugees to a safer location where essential assistance and access to health can be provided, and quarantine measures against Covid-19 implemented.