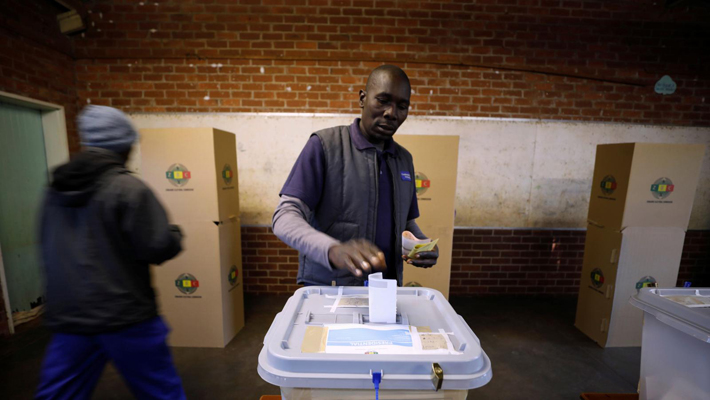 DAKAR, JANUARY 12, 2019 (CISA) – Fr Alphonse Seck the Secretary General of Caritas Senegal and Executive Secretary of the Justice and Peace Commission has confirmed the Church’s intention to deploy 1,000 observers and supervisors during the February 24 presidential election.

“The Senegalese Church will send observers to numerous polling stations across the country through its Peace Justice Commission, in collaboration with Scouts, with financial support from Caritas partners,” he said in a statement dated January 8.

Prior to the elections, the church will also organize election campaign and meet the candidates in advocacy for a peaceful vote.

Fr Alphonse will also represent the church in the seven independent personalities constituting the Sponsorship Control Commission on the Constitutional Council.

The role of this structure is to assist the Constitutional Council as observers for the examination of the candidacy cards of the presidential candidates of 2019.

Since April 2018, the Senegalese law directs the candidates to obtain the sponsorship of the less than 1% of the electorate, or 65,000 signatures to claim the presidential chair. Out of 27 sponsorship cases submitted since mid-December, 20 have been rejected by the Constitutional Council.

Bishop Paul Abel Mamba Diatta of Ziguinchor had earlier called for for a healthy political contest guided by  rules and regulations as captured in the constitution.

He said the programs of the various competing candidates were different, but such differences should not be the incentive for violence.

“It is the citizens who have the responsibility to choose the person to steer the affairs of the nation,” the bishop said.

“This competition must be healthy. Each candidate must respect the opinions of their opponents. The state that is the guarantor of freedoms must give every candidate a chance and allow citizens the opportunity to freely choose the person they feel is most suited to run the affairs of the country for the good of all,” Bishop Mamba urged.