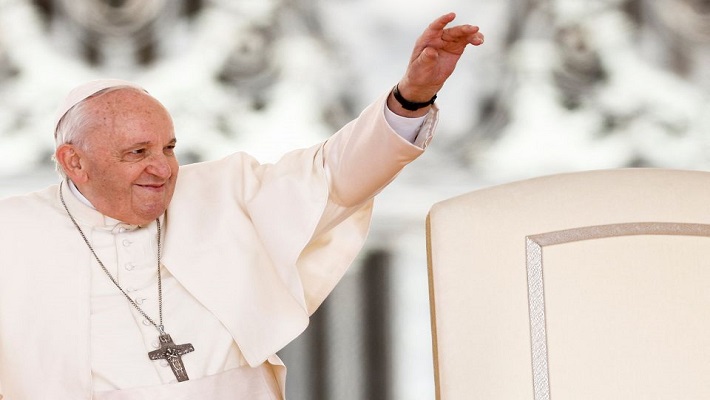 DAKAR, MAY 20, 2022 (CISA)-As the Democratic Republic of Congo (DRC) prepares to receive Pope Francis from July 2 to 5, the Provincial Superior for Sisters of Our Lady of the Immaculate Conception of Castres in Senegal has termed the visit as an opportunity for everyone in the country to “pull themselves together”.

“His message as a pastor is expected not only by the Church but also by state authorities, men of all religions and ethnicities, since it is a message of peace and hope for a rich and poor at the same time; a Congo that can set out again on new paths of justice and peace, national cohesion, prosperity and love,” said Sr Marie Rose Dione.

According to her, the DRC are people that have suffered and still suffer from multiple ills, “but we must also admit that it is in this context that God beckons to Pope Francis and calls him to entrust him with a mission, a responsibility.”

“Today more than ever, he still needs his hands to continue his. He needs his eyes to see human suffering and relieve it. He finally needs his lips to pronounce his words which console, and restore life; however, the Holy Father will certainly need to speak a word of authority as head of the Church to help the latter to make an “internal grooming” relative to the demands of Christian life in general and perhaps priestly in particular.”

Sr Dione alluded in an interview published by Lacroix Africa on May 18 when she commented on the year-long celebration of 175 years of presence of the Sisters of Our Lady of the Immaculate Conception of Castres in Senegal.

“The main objective of this jubilee is to give thanks to God for 175 years of missionary presence in Senegal. It is also an opportunity to reunite in joy, to give thanks to the Master of history and life. The jubilee is a grace to be received in joy and peace! A privileged moment to commit ourselves more on a path of conversion through prayer and interior renewal, the gift of self in the mission,” she held.

On January 11, 1848, the Sisters of Our Lady of the Immaculate Conception of Castres, under the direction of Bishop Jean Rémi Bessieux, a missionary of the Congregation of the Holy Spirit, came to Africa for the first time, in Senegal. Four sisters formed the first group of missionaries of the Congregation: Sister Joséphine Barthès, Sister Paule Lapique, Sister Louise Raynaud and Sister Cécile Bernard. The sisters of St. Joseph de Cluny welcomed them in Gorée for a few months before finally settling in their own home in Dakar on April 19, 1848.

Since then, the “Blue Sisters of Castres” in Senegal have dedicated themselves to evangelization through the preaching of the Good News and witness in the fields of education, health and pastoral care. They try to respond as much as possible to the needs of people in their living environment, in the spirit of their foundress, Saint Jeanne Emilie de Villeneuve.

The jubilee year was launched on January 11.