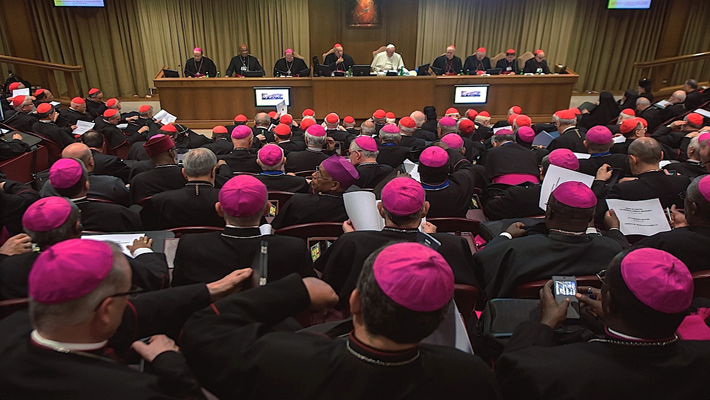 Until his appointment on Wednesday July 25, Rev. Fr. Martin was Vicar General of the Congregation of the Blessed Sacrament.

Rev.Fr Martin was born on September 16, 1966 in Koudiadiène in the Catholic diocese of Thiès.

He attended Ngasobil minor seminary and began his religious formation at the Sacraments Fathers, Collège Saint Gabriel in Thiès and Collège Sacré-Cœur in Dakar.

He attended his novitiate in Lonzo, Democratic Republic of Congo, earning a Baccalaureate in Theology at the Theologat Saint Eugène de Mazenod of Kinshasa and then a Licentiate in Dogmatic Theology at the Faculté Catholique of Kinshasa.

Since his ordination he has worked as Parish vicar of Saint-Pierre des Baobabs, Archdiocese of Dakar (1996-1999), Head of the Eymard Foyer in Dakar-Liberté (1997-1999),Licentiate Studies in Dogmatic Theology in Congo (1999-2001),Director of the InterAfrican Scholasticate Emmaus in Kinshasa (2001-2006), Regional Superior of the Congregation of the Blessed Sacrament in Senegal (2006-2011), President of the Religious Conference in Senegal (2008-2011), Vicar ,parish of Saint Joseph de Médina in the Archdiocese of Dakar (2010-2011), General Councilor of the Congregation of the Blessed Sacrament, in Rome (2011-2017) and Head of the Commission for the formation of the Sacraments in Africa; since 2017.

He was the first Counselor and Vicar General of the Congregation of the Blessed Sacrament.

Kaolack diocese, is in the Ecclesiastical province of Dakar, which has been under the leadership of Archbishop Benjamin Ndiaye  of the  since December 22, 2014.