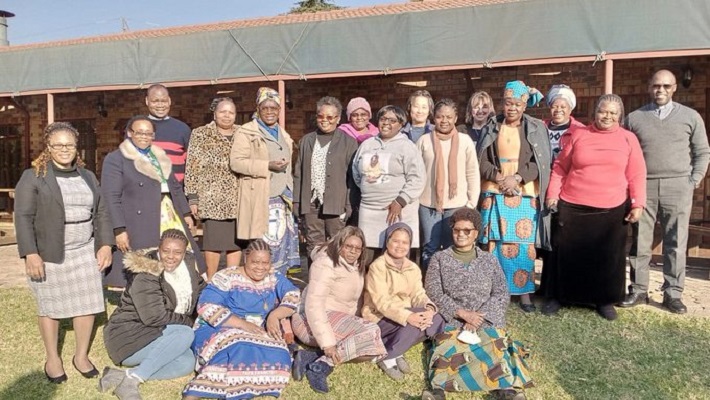 PRETORIA, JUNE 14, 2022 (CISA) – Representatives of the Associations of Women from the IMBISA region attending the Safeguarding Workshop for Leaders of Women’s Associations organized by IMBISA at St Padre Pio Retreat Centre in Pretoria between June 6 and 9, vowed to participate actively to safeguard Minors and the Vulnerable.

In a commitment statement shared by IMBISA, they declared “We the women from member countries of the Inter-Regional Meeting of the Bishops of Southern Africa, hereby commit ourselves to cascade information on Safeguarding minors and vulnerable persons in our various countries. We commit to carrying out awareness campaigns with the support of our bishops through funding and the provision of platforms to fulfil our mandate. We commit to passing on information from Apostolic Letters from the Holy Father which are published from time to time and hereby urge our Episcopal Conferences to share this information timeously.”

Taking Mulieris Dignitatem, the Pastoral Letter of Pope St. John Paul II that speaks to the dignity of women and safeguarding of vulnerable people, as a point of reference, the leaders of the women’s associations expressed an awakening and an urgency on the interconnectedness of everything as well as the direly required action to restore harmony in the lives of human beings and with nature.

“We recognize that Mulieris Dignitatem presents the doctrine of the creation of the human person in the image and likeness of God. Mulieris Dignitatem also explores the role and value of women in relation to the Church, the family, and society, promoting a vision of complementarity, equality, and communion between men and women,” they said in the statement.

They, however, criticized how long it had taken for the implementation of tenets of the pastoral letter saying, “It’s saddening that we are responding to Mulieris Dignitatem 34 years down the line when this should have helped empower women and encourage them to be active participants in the mission of Christ. We undertake to take an active role in the Church’s mission.”

As such, they urged various episcopal conferences of the member countries to help by disseminating Pope John Paul’s II pastoral letter as well as other documents from other Supreme Pontiffs to enhance awareness of the dignity of women and the safeguarding of minors.

“We have identified that Safeguarding is an incredibly important means of protecting at-risk individuals from harm, abuse and neglect. Failing one’s Safeguarding Responsibilities could prolong the suffering that someone is facing. We believe therefore that our focus should be on signs and indicators in abused people, preventing abuse and Spiritual trauma and providing Pastoral care to victims and survivors of abuse,” the women leaders imbued.