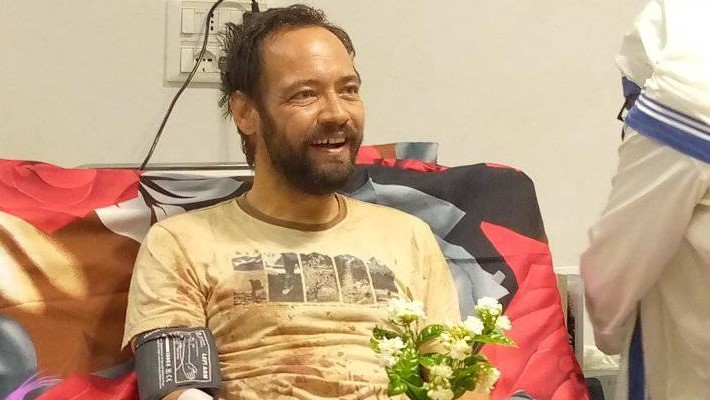 RUMBEK, APRIL 27, 2021 (CISA)-24 suspects have been arrested in connection with the April 26 shooting of Rt. Rev. Christian Carlassare, the Bishop-elect of Catholic Diocese of Rumbek.

According to the Elijah Mabor, the Police Spokesperson in Rumbek Lakes States, those arrested include four priests and seven security guards at the bishop’s residence when the incidence occurred on Monday April 26 at about 2:00 am.

“All security organs are investigating the detained suspect in connection with incident which occurred at 2 am,” Mabor said.

“It’s a well secure place only that there are no soldiers deployed in that area; there are three concrete fences. The criminals sneaked until they reached the third fence where bishop lives,” Police spokes man said.

Fr Carlassare was wounded on both legs. He was hospitalized at Rumbek State Hospital before being flown to Nairobi for further treatment.

“We were woken up by the cry and sound of gunfire. We went there and we found the Bishop was shot in both legs and the criminals ran away,” Fr John Mathiang Machol the Diocesan Coordinator of Rumbek Catholic diocese said.

According to medical examination at Rumbek State Hospital, Fr Carlassare is a stable condition despite persistent serious bleeding. None of his legs was fractured.

While commenting on the shooting, Archbishop Stephen Ameyu Martin of Juba said, “We’re very saddened with this news of the bishop-elect being shot twice in his feet. Miraculous, the bones were not affected by these bullets. Both legs were shot in the lower limbs, and that’s a miracle from God.”

The acting minister of Information and Communication, William Kocji Kerjok termed the event an assassination attempt on Fr Carlassare.

“This case is so special and we are treating it as politics within the Catholic Church itself. And this one of the Bishop seems to be something within his administration because he is very new to the place and he has no problem with anyone but he was shot on target.”

“So we are saying, the leadership of the Catholic Church should be answerable for this. And that is why the government is arresting almost everybody there so that they are held accountable for this,” he added.

Fr Carlassare, an Italian Comboni Missionary was appointed Bishop for Rumbek Diocese on March 8. His Episcopal Ordination was scheduled to take place on Pentecost Sunday, May 23.

He arrived in South Sudan in 2005 and has been serving in Malakal Diocese. The event occurred barely two weeks after returning to Rumbek on April 15 from spiritual retreat in Juba.