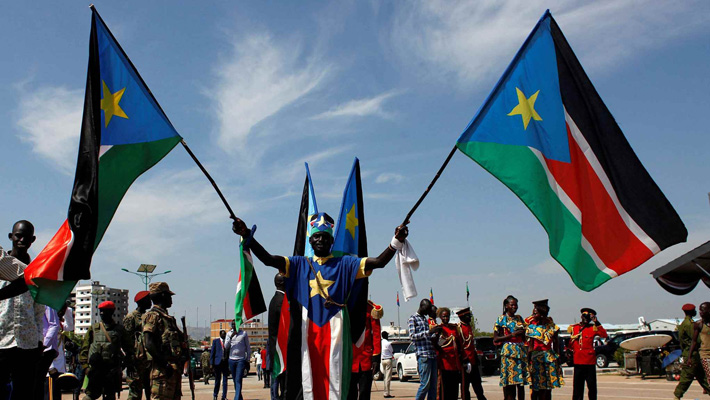 JUBA, NOVEMBER 2, 2018 (CISA)-Religious leaders in South Sudan have urged the government and opposition leaders to fully implement the peace deal signed in September during peace celebrations held in Juba.

Anglican Archbishop Justin Badi Arama while leading prayers during the October 31 peace celebrations called on both parties to “…commit and respect the agreement to end the suffering of the people of South Sudan,” sentiments also echoed by Sheikh Juma Saeed.

Reverend Abraham Nyari of the Pentecostal church of Juba said “…we as the church people are praying for peace and we are praying for our leaders, especially the president, to bring peace to South Sudan.”

The celebrations held at the John Garang’s Mausoleum brought together President Salva Kiir and his former Vice President turned rebel leader, Riek Machar in honor of the peace deal signed during a regional summit that took place in Addis Ababa on September 12.

President Kiir apologized on behalf of all the parties to the conflict and called upon the leaders to “…accept the blame collectively and solemnly promise our people never to return them back to war again.”

“In the spirit of promoting peace and stability in our beloved nation I ask you all in welcoming and congratulating Dr. Riek Machar, and all the opposition leaders who have shown their commitment to the peace agreement by coming to celebrate with us here today in Juba,” President Kiir added.

Machar in his address said that his presence in Juba is a sign that he wants true peace.

“We want peace. Our heart is on peace like you,” he said.