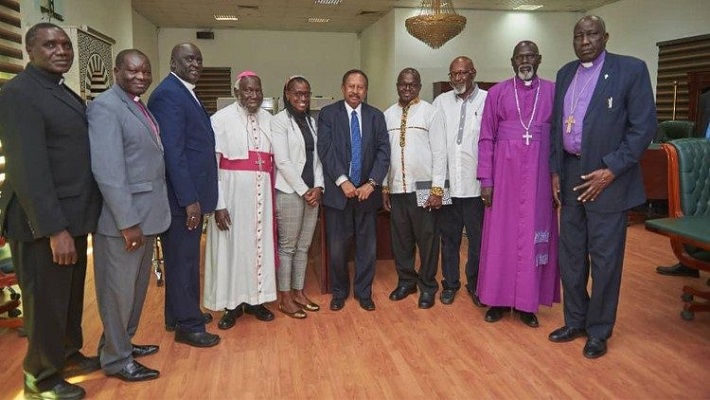 JUBA, FEBRUARY 26, 2021 (CISA) –The South Sudan Council of Churches (SSCC), the South Sudan Women’s Coalition for Peace (WCP) and the Sudan Civil Society Forum (SSCSF) have jointly called for restoration of peace, security and stability in the country.

The appeal was made on February 22, during a commemoration of the first anniversary of the Transitional Period of the Revitalized Agreement on the Resolution on the Conflict in the Republic of South Sudan (R-ARCSS)

“We, the South Sudan Council of Churches (SSCC), the South Sudan Civil Society Forum (SSCSF) and South Sudan Women’s Coalition for Peace (SSWCP) have come together to jointly amplify the call of the citizens of South Sudan for restoration of peace, security and stability and an end to all bloodshed in our country,” the organizations  highlighted in a joint statement.

On February 22, 2020, the Revitalized Transitional Government of National Unity (RTGoNU) was formed under the R-ARCSS which had been signed between the government and opposition parties in September 2018.

The principal task of the RTGoNU is to fully implement the R-ARCSS in a way that restores permanent and sustainable peace, security and stability in South Sudan.

In the statement, the organizations urged religious leaders, women, youth and civil society leaders across the country, “to unite, raise their voices and call for what the people desperately need – peace, security and stability to end bloodshed and human suffering in South Sudan.”

According to the statement, the country has continued to witness devastating intercommunal violence, displacement of civilians, sexual and gender-based violence, unnecessary roadblocks for extorting money and inflicting pain on travelers and humanitarian workers alongside an economy that falters with soaring inflation rates.

In 2011, the Republic of South Sudan became the world’s newest nation but underwent conflicts in December 2013 and July 2016 which have undermined its development gains since independence and created a dire humanitarian situation in the country. The R-ARCSS implementation and the subsequent formation of RTGoNU raised hopes for a positive outlook.

Apart from the conflicts the nation has also undergone several shocks including flooding in parts of the country, locust infestations and the outbreak of the Covid-19 pandemic which has further worsened existing vulnerabilities.