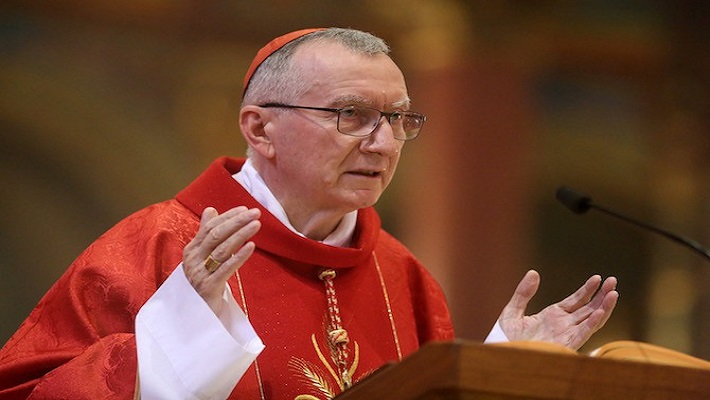 JUBA, JUNE 24, 2022 (CISA)-Pope Francis will be represented by Cardinal Pietro Parolin during the official visit to South Sudan in July. The Pontiff was supposed to personally  visit Juba between July 5 and 7 but the visit was postponed at the request of his doctors.

“I have been directed by his grace archbishop Stephen Ameyu M. Mulla, archbishop of Juba, to officially announce the visit of his Eminence Pietro Cardinal Parolin, the secretary of state at the Vatican, scheduled to take place, Tuesday, 5 of July through 7th of July, 2022. He comes as Papal delegate to South Sudan in the days of the aforementioned,” reads a memo signed by Fr Nicholas Kiri the Vicar General of the Catholic archdiocese of Juba.

“I request this official announcement to be ever put without fail to wider circulation beginning with Sunday 26, June 2022 at all the 18 parishes and numerous archdiocese of Juba,” said a statement signed by Fr Nicholas Kiri, Vicar general, Catholic Archdiocese of Juba.

In an announcement by the Holy See Press Office on June 27, Pope Francis has decided to send the Secretary of State, Cardinal Pietro Parolin, to Kinshasa and Juba in order to show his closeness to the beloved peoples of the Congo and South Sudan. The visit will take place from 1 to 8 July 2022.

During his visit, Cardinal Parolin will conduct mass on Thursday, 7 of July at Dr John Garang Mausoleum at 10 am.

“I request this official announcement to be ever put without fail to wider circulation beginning with Sunday 26, June 2022 at all the 18 parishes and numerous archdiocese of Juba,” it adds.

It was not yet clear whether Parolin will also meet other political leaders and Internally Displaced Persons (IDPs) as was to be the case with the Pope.

On June 3, Pope Francis has announced plans to celebrate Mass with the Congolese in Rome, which is on the same day he was scheduled to lead Mass in Kinshasa during his visit to DRC from July 2.

Pope Francis said, “We will bring Kinshasa to St. Peter’s, and there we will celebrate with all the Congolese in Rome, of which there are many.”