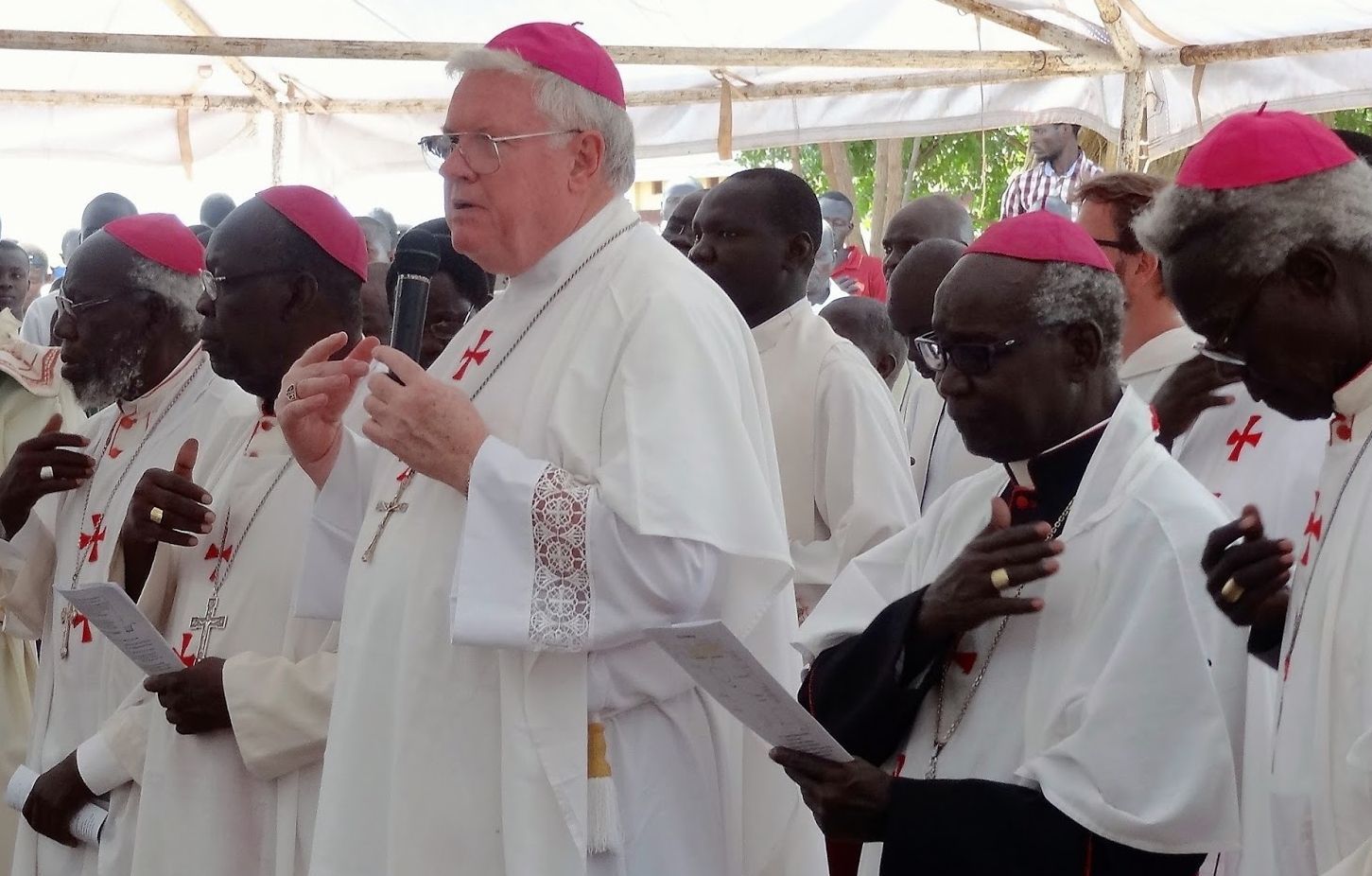 JUBA, JUNE 8, 2018 (CISA)-Sudan Catholic Bishops Conference (SCBC) has welcomed the appointment of Monsignor Mark Kadima as the counselor of the Apostolic Nunciature in South Sudan.

“On behalf of the Catholic Church in Sudan and South Sudan, as well as all the people of Southern Sudan, I express my sincerest gratitude to the Holy Father. The step taken by our pope Francis warms the hearts of the victims of war, trampled in these nations, and symbolizes the friendly bond between South Sudan and the Holy See,” said Bishop Eduardo Hiiboro Kussala president of the conference.

In a press release sent to the press on June 6, he confirmed to have received a word from the Vatican’s secretariat of state over the appointment by the pope.

He says that, “the opening of the permanent seat demonstrates without doubt how the Holy Father has South Sudan close to his heart.”

Since its establishment as a country in 2013, Archbishop Charles Balvo has been the nuncio of Kenya and South Sudan conducting its work from Nairobi in Kenya.

Before this appointment, Kadima has been serving as a diplomat doubling as an official in Brazils apostolic Nunciature.

“Pope Francis continues to do great things for us, and we are truly grateful to him as well as being his great admirers: he teaches us to cross our borders with love, reaching all of humanity. He has managed to win the hearts between religious and even non-believers. Since the first day of his Pontificate, he has never stopped praying for us, he has planned a pastoral visit and now he has opened the consulate,” he said in his press statement.

The bishops further hailed the government of South Sudan saying that it “has always been committed to safeguarding the well-being of every religious community in the country, including the Catholic faithful. I hope this move and the excellent relations between both parties continue to grow.”